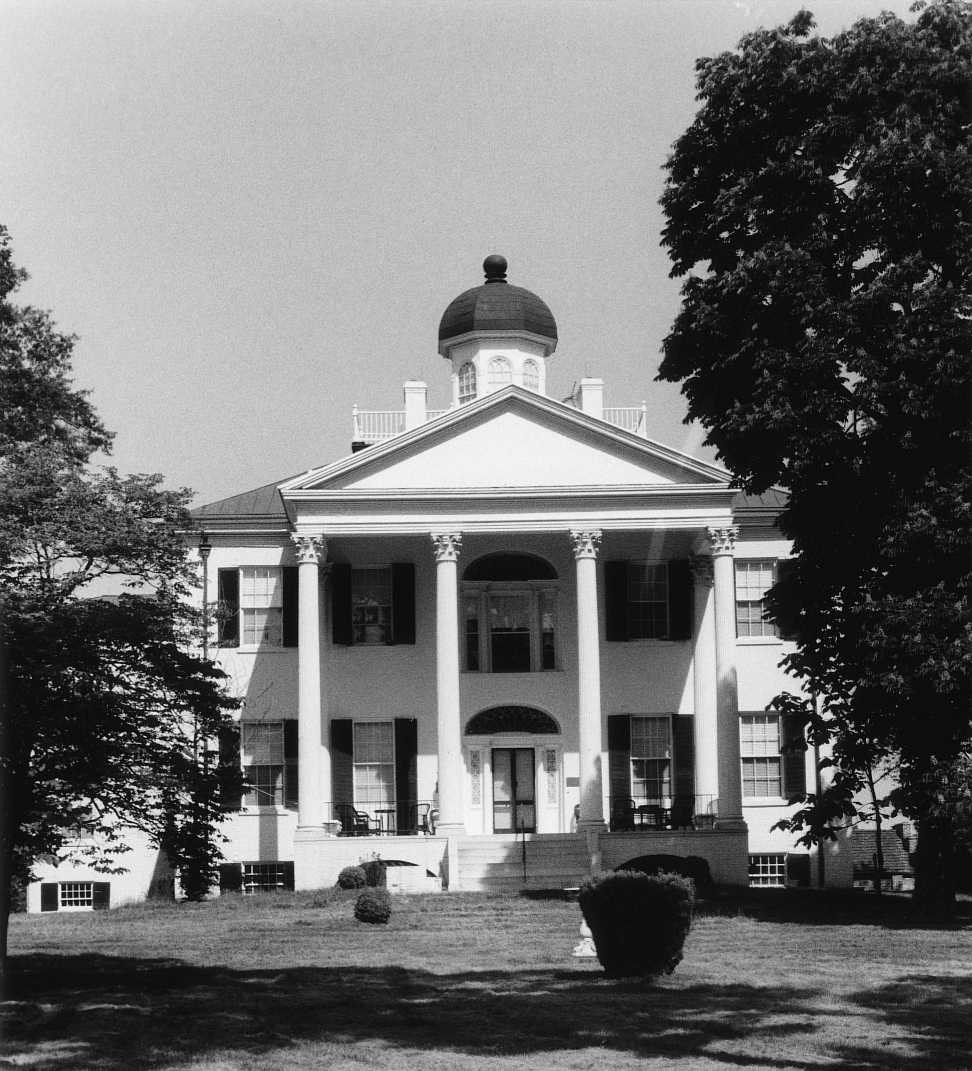 This grand estate in the Greenway Rural Historic District was formed ca. 1833 by Joseph Tuley, Jr., who inherited a fortune amassed by his father in the tanning business. So impressive were the results of Tuley’s expenditures here that he gave the place a name alluding to the French royal palace the Tuileries, as well as to his own. The grounds are dominated by a huge late Federal mansion fronted by a Corinthian portico and crowned by a cupola. Inside are a domed entrance, sweeping curved stair, and other fine appointments. The spacious park includes a complex of architecturally distinctive service buildings. After Tuley’s death the Tuleyries was acquired by Upton L. Boyce, an attorney for the Norfolk and Western Railway. In 1903 it was purchased by Graham F. Blandy of New York. The house was carefully restored in the late 1980s by the diplomat Orme Wilson, Jr., Blandy’s nephew by marriage.