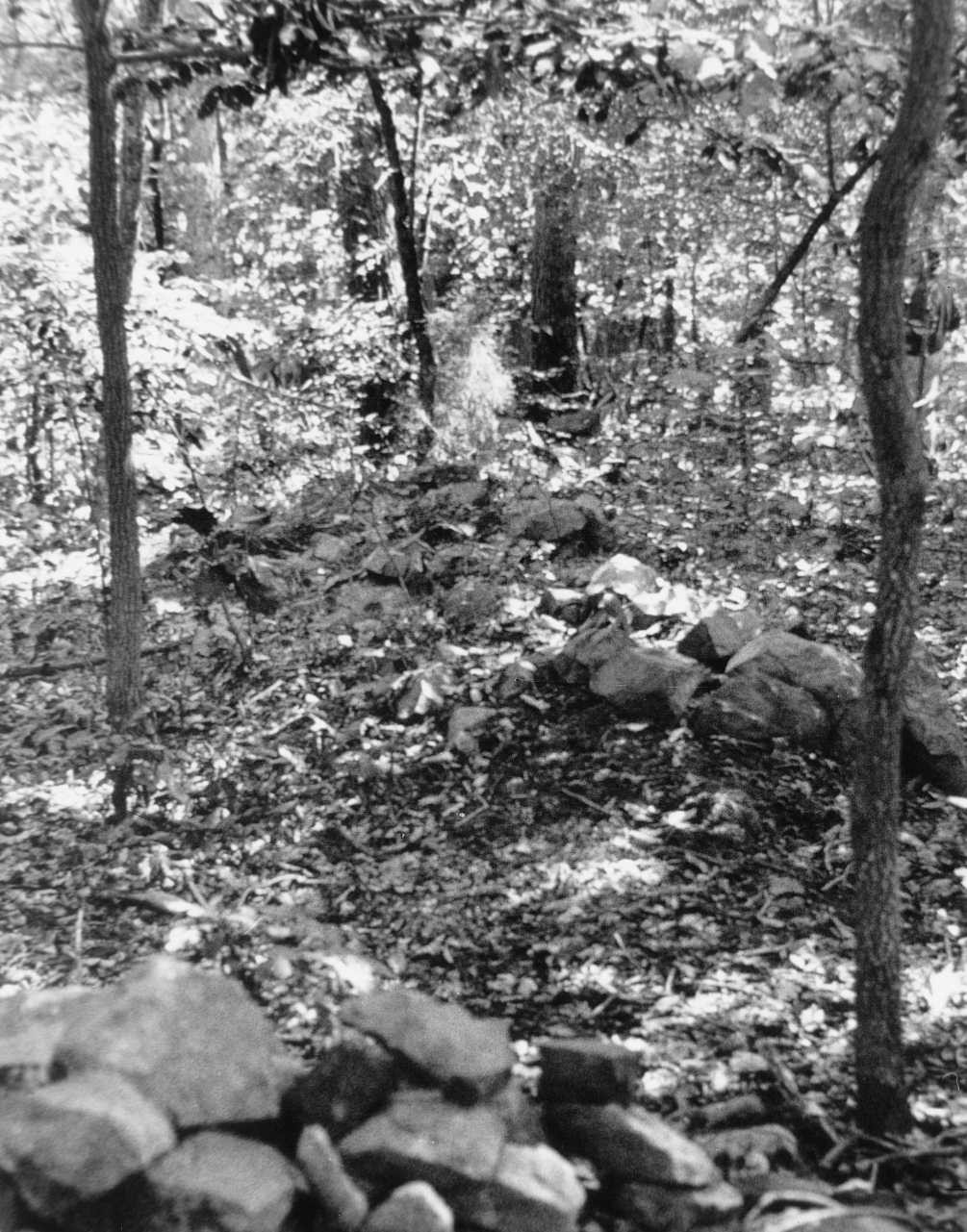 Sometimes known as the “Union’s Valley Forge,” the Army of the Potomac’s 1863-64 winter encampment in Culpeper and Fauquier counties was the largest and most important encampment of the Civil War. Under the command of Maj. Gen. George G. Meade, and with new leadership from Lt. Gen. Ulysses S. Grant, the army of veterans and recruits that broke camp on May 4, 1864, was larger, more purposeful, and more professional than ever before. This was the army that would compel the surrender of Lee’s Army of Northern Virginia. Part of the army, which was spread over some sixty miles, occupied Hansborough Ridge, a promontory two and a half miles long that dominates the southern approach to Brandy Station. From a distance, the ridge appears about as heavily forested today as it was before the winter encampment. Piles of stone mark the soldiers’ hut sites.
[VLR Listed Only; Federal Determination of Eligibility: 2/6/1992]