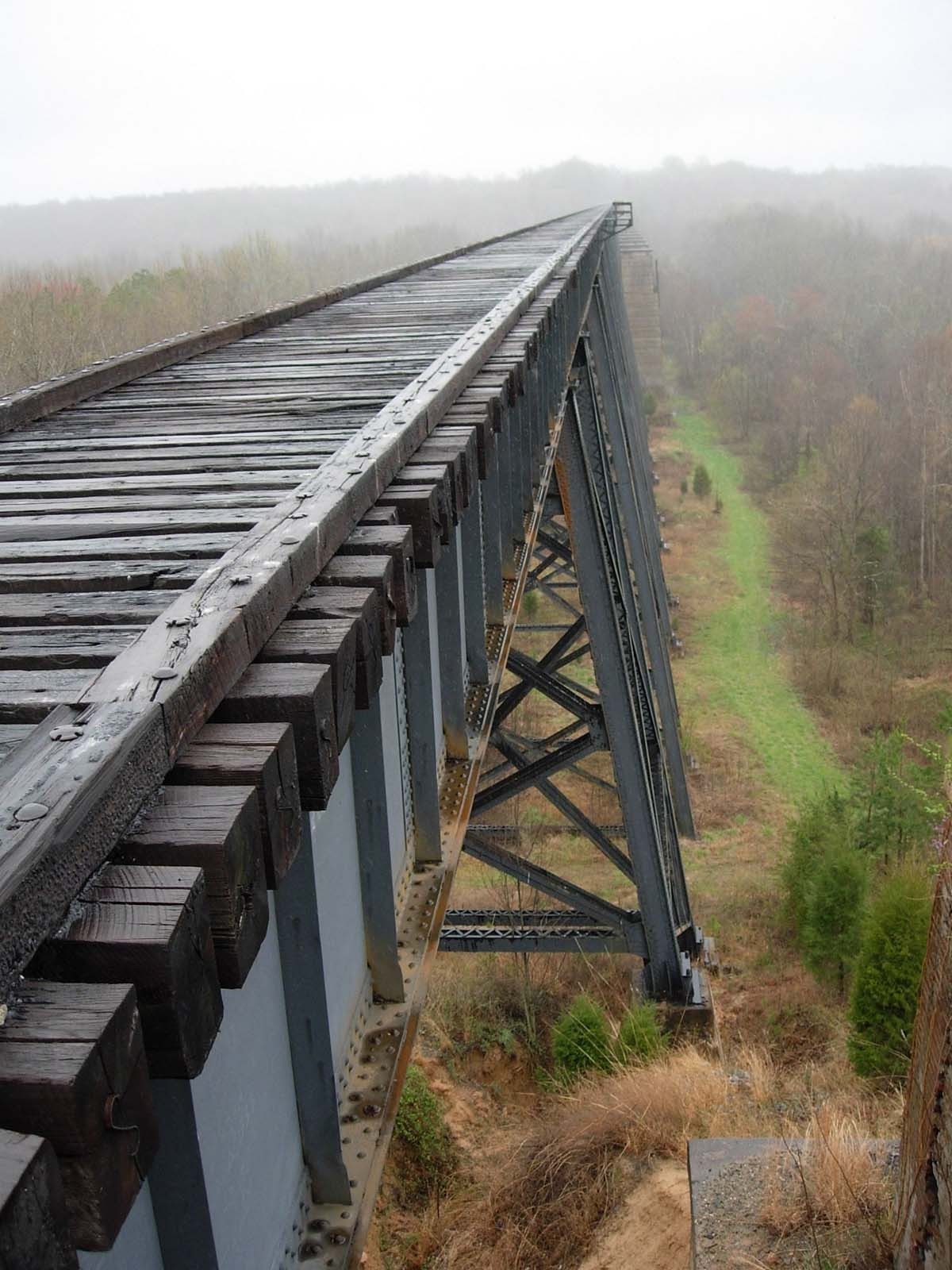 Stretching a straight and level 2,418 feet, more than 100 feet above the Appomattox River and its flood plain between Cumberland and Prince Edward counties, High Bridge is an impressive steel structure erected in 1914. The register listing for the bridge also includes the extant masonry piers and abutments from the 1854 High Bridge. Both the steel structure and the vestiges of the earlier bridge recall the development of the railroad in Virginia and the final phase of the Civil War. The 1854 bridge was built by the Southside Railroad to span the Appomattox, a major obstacle to its new line between Lynchburg and Petersburg. The bridge rose 126 feet, making it one of the largest bridges in the world at the time. In 1865, while fleeing Union General Francis Barlow’s forces after the fall of Petersburg, Robert E. Lee’s army burned the High Bridge — though not completely. Thus Union forces were able to keep close on the heels of the Confederates and ultimately catch them at Appomattox Court House. After the war another bridge was quickly erected — though it soon needed replacing, which happened in 1914 when the steel bridge was constructed along the ruins of the 1854 bridge piers. The High Bridge rail line continued to be used for passenger service until 1979 and freight transport until 2005. The Department of Conservation and Recreation has converted the abandoned rail line to a multi-use trail as a component of the High Bridge Trail State Park.