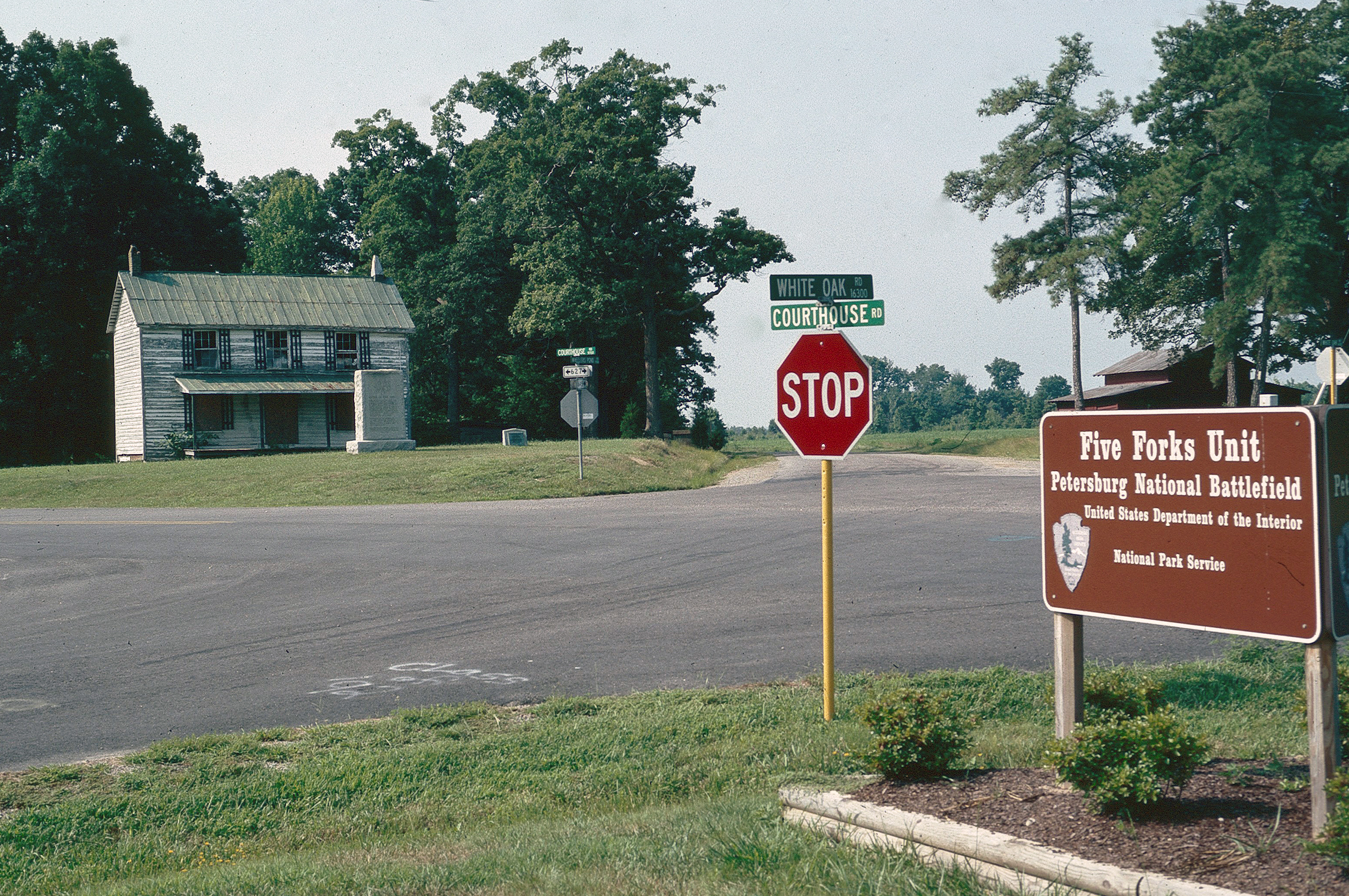 The decisive Civil War battle of Five Forks, fought April 1, 1865, took its name from the junction of five county roads that became the focus of intense conflict. The defeat of Confederate forces sent here to protect Gen. Robert E. Lee’s last supply line forced the Southern commander to abandon his defense of Richmond and Petersburg and begin his retreat west. Eight days later, Lee was outflanked by Gen. Ulysses S. Grant and surrendered his army at Appomattox. The Five Forks junction, next to Burnt Quarter plantation, retains the rural, open setting it had during the Civil War. Much of the battlefield is now a unit of the Petersburg National Military Park.