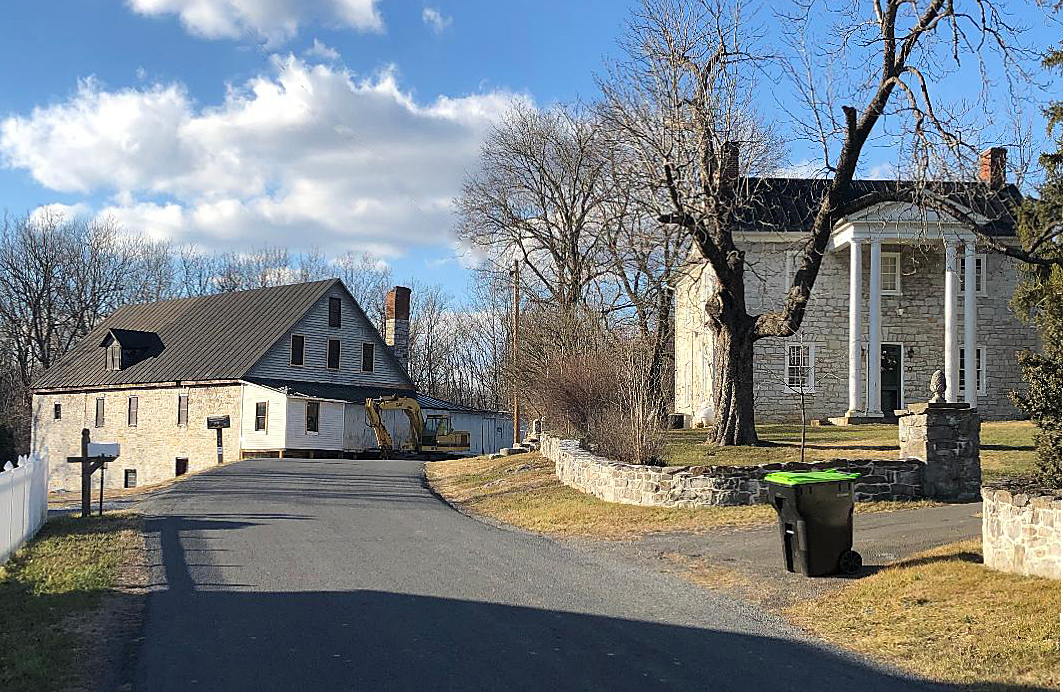 Springdale Mill was erected ca. 1788 by David Brown and replaced an earlier mill established by Jost Hite. A well-preserved example of an early industrial form once common in the region, the structure is distinguished by its massive limestone walls with a corner chimney, a characteristic feature of early mill design. The mill long served the settlement of Bartonsville and the surrounding rural community as a merchant mill where grain was bought and sold as well as ground. Although currently not in operation, the mill’s machinery, most of which dates from the late-19th-century, is maintained intact. Included in the complex is an early stone dwelling and a log and frame house, both of which probably housed early millers.