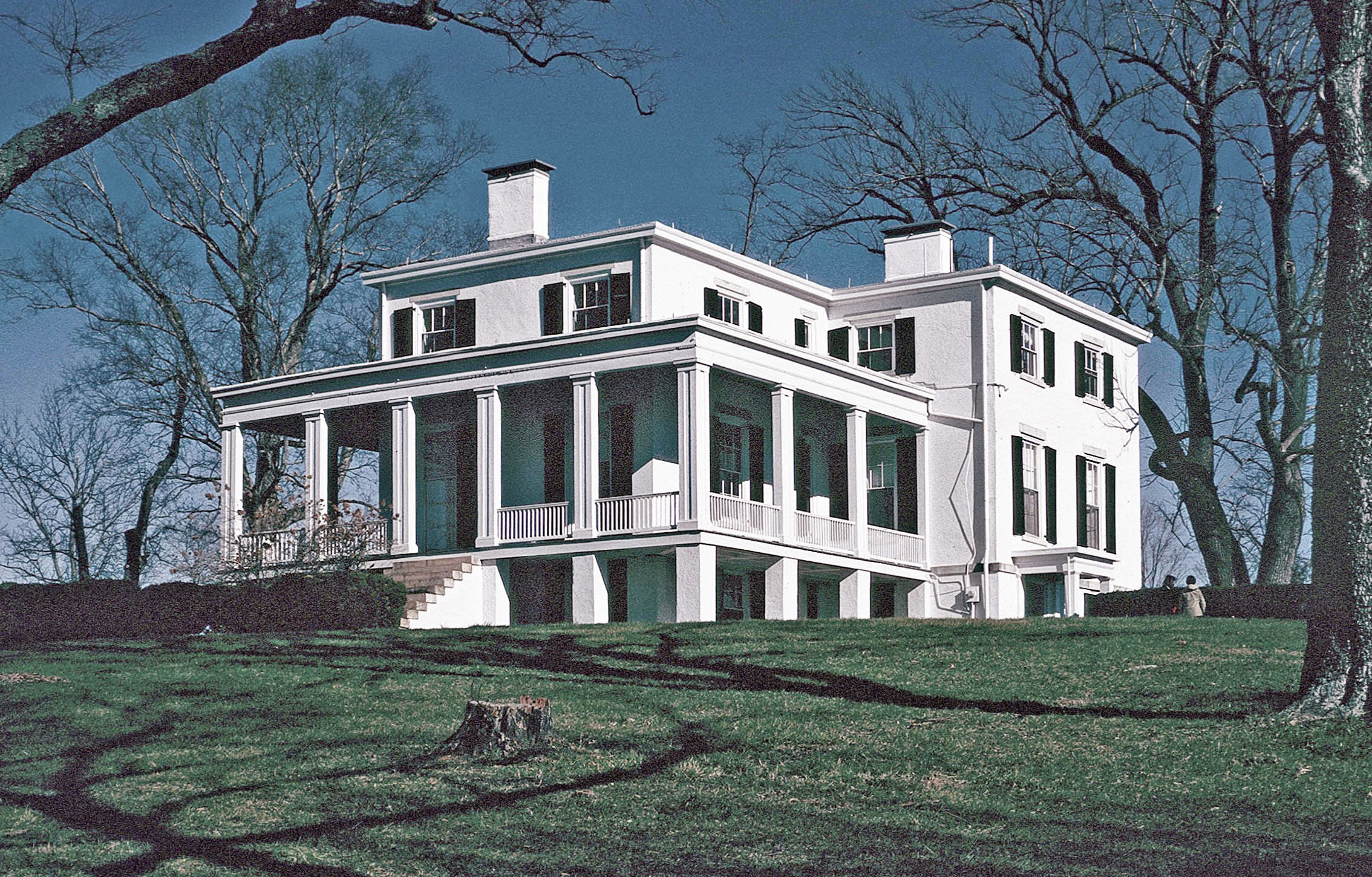 The forthright Greek Revival mansion at Elk Hill illustrates a sophistication in its proportions, plan, and interior woodwork comparable to that of Richmond town houses of the period. The house was built between 1835 and 1839 for Randolph Harrison, Jr., on a portion of land formerly owned by Thomas Jefferson, which he acquired from his wife. Like the finer urban dwellings of Richmond, Elk Hill has a spacious rear veranda rather than the monumental front portico more typical of the Greek Revival houses of the Deep South. The principal rooms are enriched with elaborate doorways with Greek fret friezes. In 1943, Elk Hill became the country home of S. Buford Scott, a Richmond stockbroker. The house went on to be used as the administrative offices of Elk Hill Farm, a private, non-profit school for at-risk young men, established in 1970.