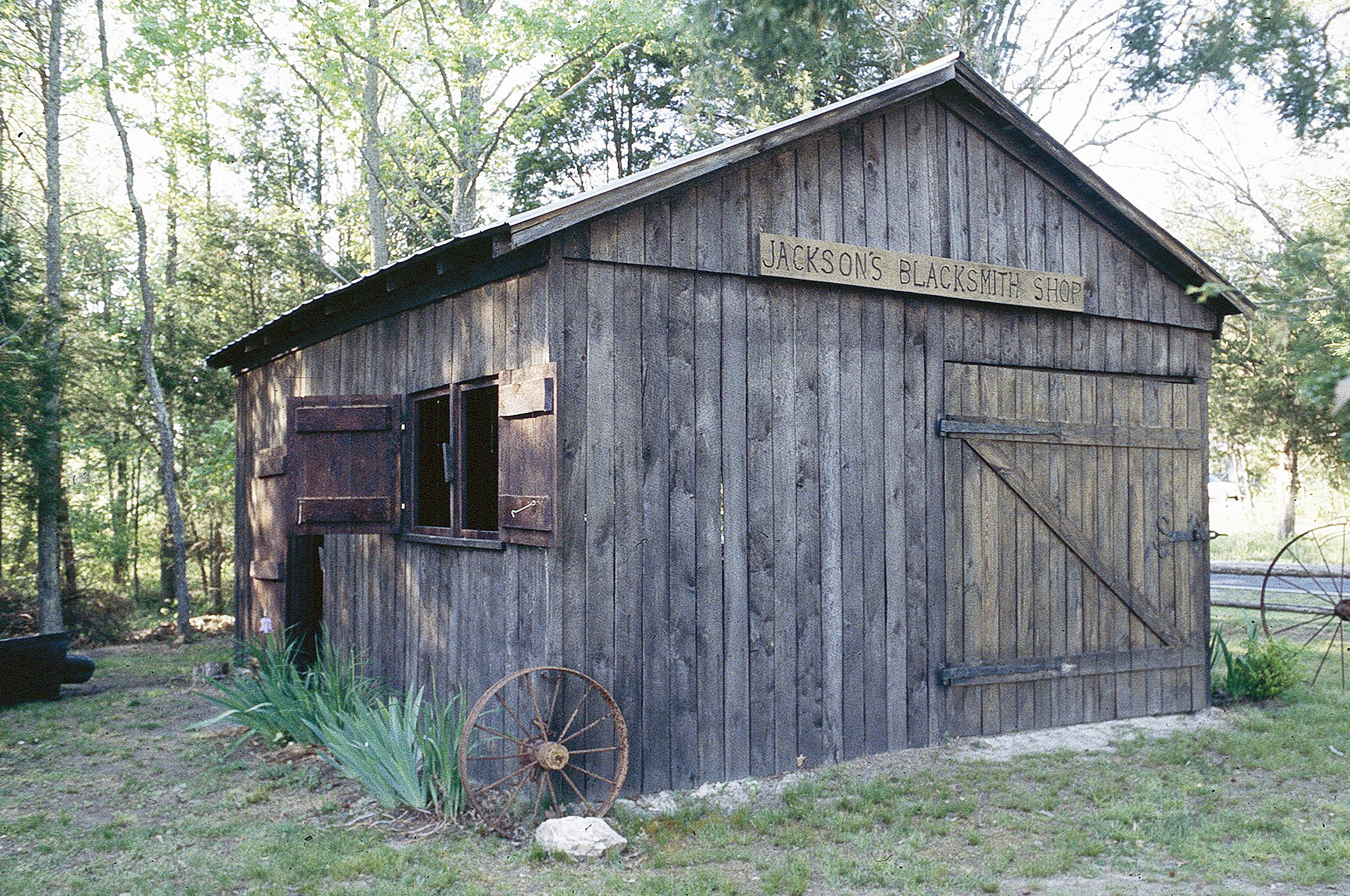 The Jackson Blacksmith Shop is the last blacksmith’s shop surviving in still predominately rural Goochland County. It represents three generations of an African American family’s blacksmithing tradition in the county that began with Henry Jackson, who was born into slavery around 1830. The simple, vertical plank, frame building was constructed in 1932 by George Jackson, Henry Jackson’s grandson. The shop sits near the sites of two earlier blacksmith shops that were operated by Henry Jackson or his oldest son, Wilson. The Jackson Blacksmith Shop was restored in the early 1990s. It now houses an outstanding set of tools representing 130 years of blacksmithing history.