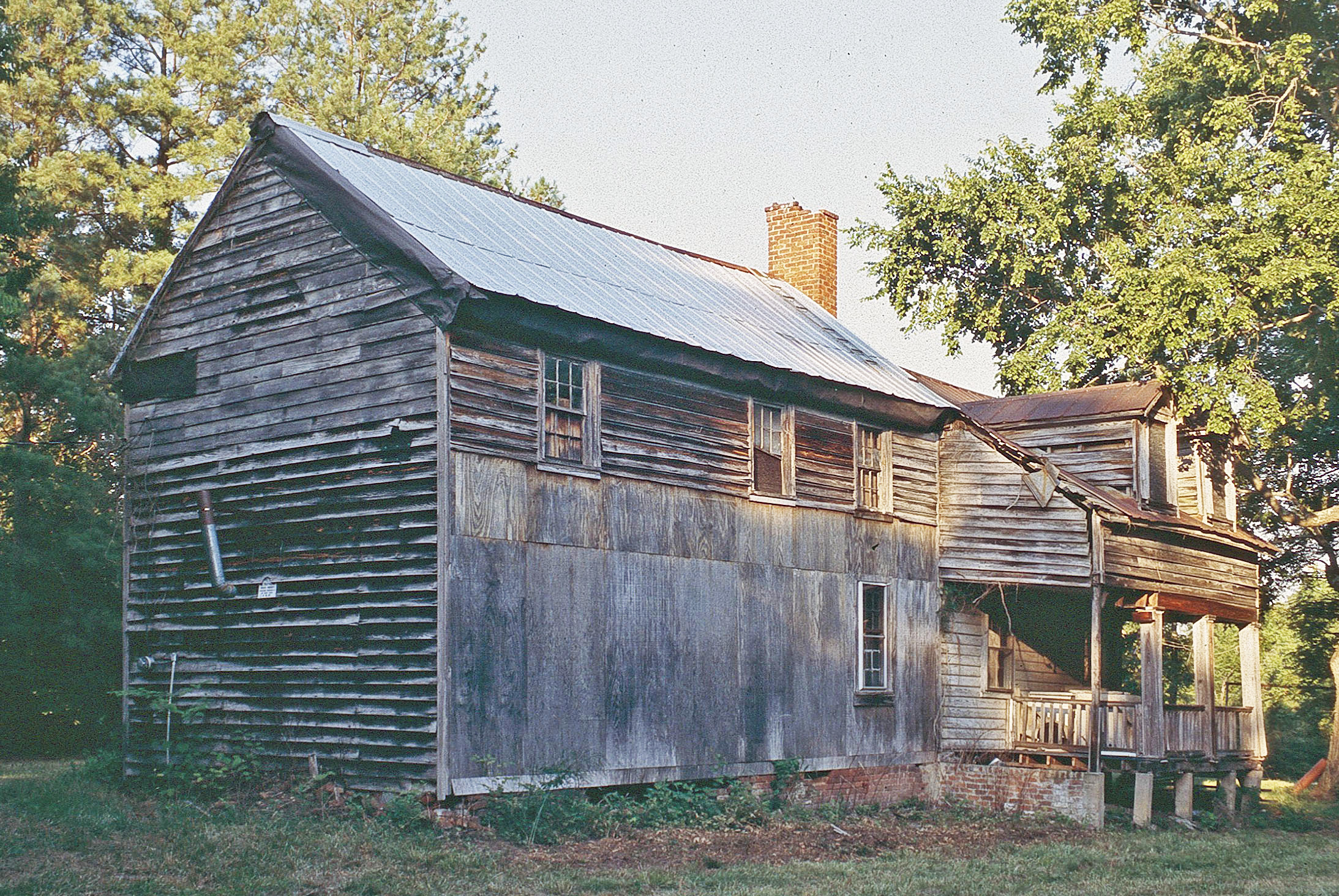 Tinsley Tavern has long been known as a drover’s tavern, situated along the major road through Goochland County over which herds of cattle and sheep were driven in the 1800s. Drovers’ taverns could accommodate pens for livestock being driven to market, and often provided social diversions for the drovers as well. The extent to which drovers used Tinsley Tavern is unknown, though the 1820 John Wood map of Goochland County shows three taverns along the Charlottesville-to-Richmond stage road, and Tinsley Tavern is one of them, located west of the county courthouse. The two-story building was constructed in 1802, with a 1902 kitchen addition. Strategically located on this important cross-county route, its size and form suggest that it was used as both a dwelling by the Tinsley family and a tavern. Following common practice, the tavern was operated by John Tinsley’s widow, Ann, until her death in 1836, when it passed to Ann’s daughter Eliza Pryor Royster. It passed out of the Tinsley family in 1857.