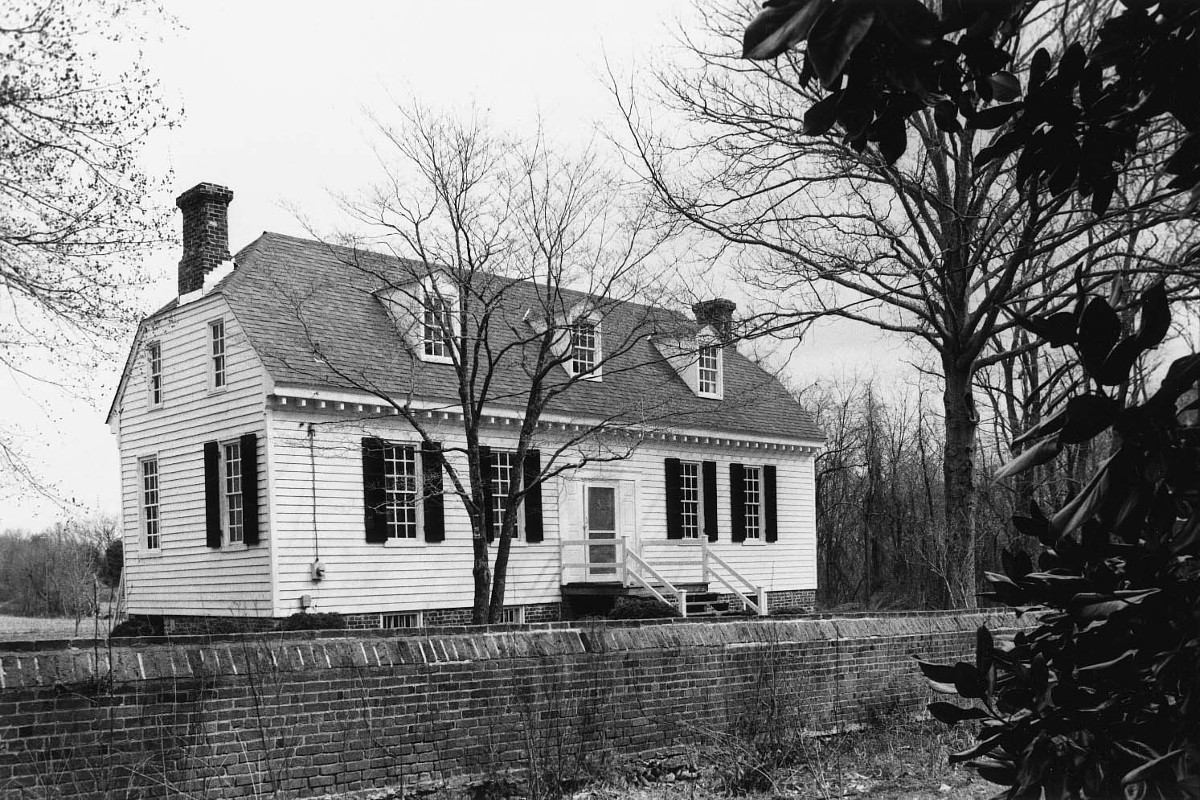 Named for a high rock bluff nearby, this James River property was patented in 1718 by Charles Fleming. Its small but sophisticated manor house was erected in the third decade of the 18th century for the patentee’s son Tarleton Fleming. The house was raided in 1781 by the Fleming family’s distant British cousin, Col. Banastre Tarleton, who was attempting to capture Governor Thomas Jefferson and members of the Virginia General Assembly then meeting in Albemarle County. Later encased in Victorian additions, the house was restored to its original appearance in 1935 when it was moved a few hundred feet to make way for a new house on its site. Even in its new location, Rock Castle is one of the purest examples of traditional 18th-century Virginia architecture in the Piedmont. The first floor is fully paneled and has a fine Georgian stair.