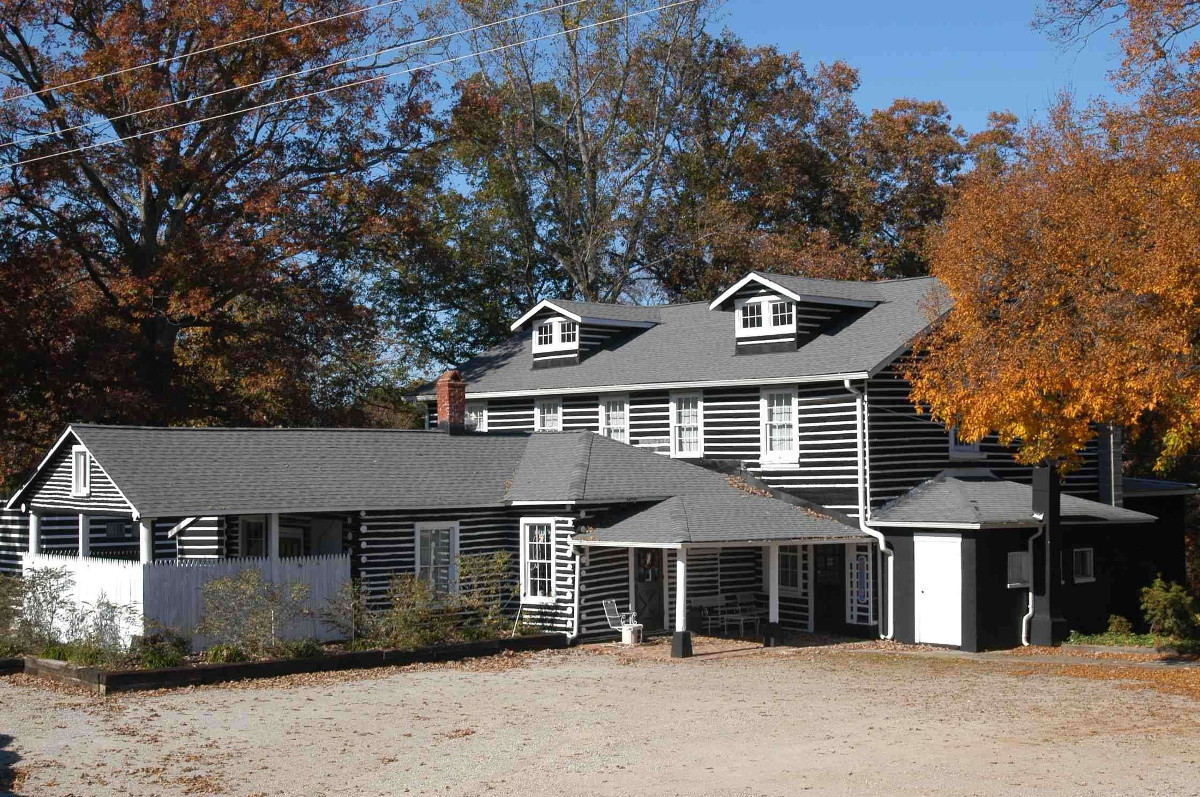 Tanglewood, a popular restaurant and meeting place, ranks as one of the best remaining examples of Rustic Style vernacular architecture in Virginia. The earliest section, the front one-story projection, was built as a gas station in 1929. The large two-and-a-half-story log section was added in 1935. It houses a restaurant/dance hall on the first floor and living quarters on the upper floors. While log structures were common in central and western Virginia in the antebellum era, this type of log construction has its roots in the rustic architecture that developed in the last quarter of the 19th century in the Adirondack Mountains of New York and appeared early in the 20th century in the American West, especially in lodges and national parks. The rounded log look later became a standard approach in park architecture built by the Civilian Conservation Corps. Tanglewood was clearly a part of this national and very American architectural movement.