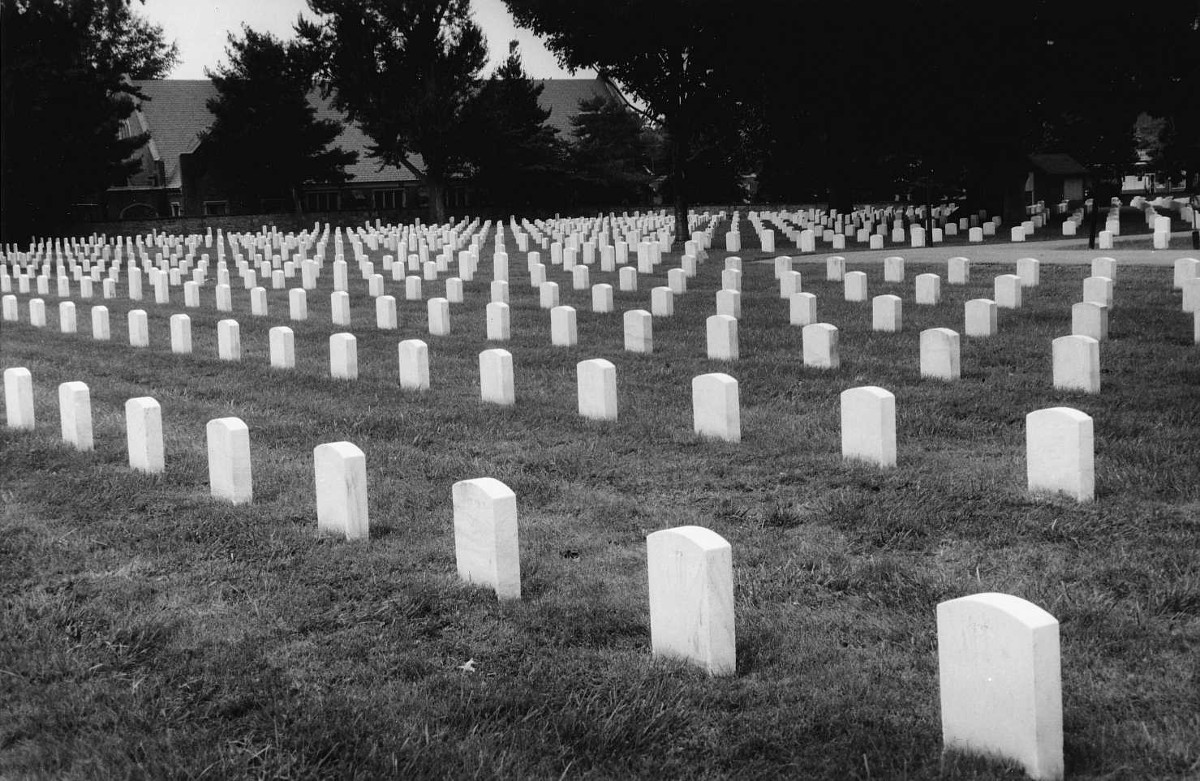 Some 9,200 interments, including 5,706 unknown Union soldiers and one unknown Confederate soldier, have taken place in Richmond National Cemetery since it was established on September 1, 1866. The Union dead were gathered after the war from the battlefields of Seven Pines and Cold Harbor, among others, from Hollywood and Oakwood cemeteries, and from the prisoner-of-war graveyard on Belle Isle in the James River. The remains of the lone Confederate soldier now buried here were discovered early in 1978 at the Beaver Dam Creek battlefield in Hanover County and reinterred on April 7, 1978. The 1870 Second Empire superintendent’s lodge was designed by Quartermaster General Montgomery C. Meigs.