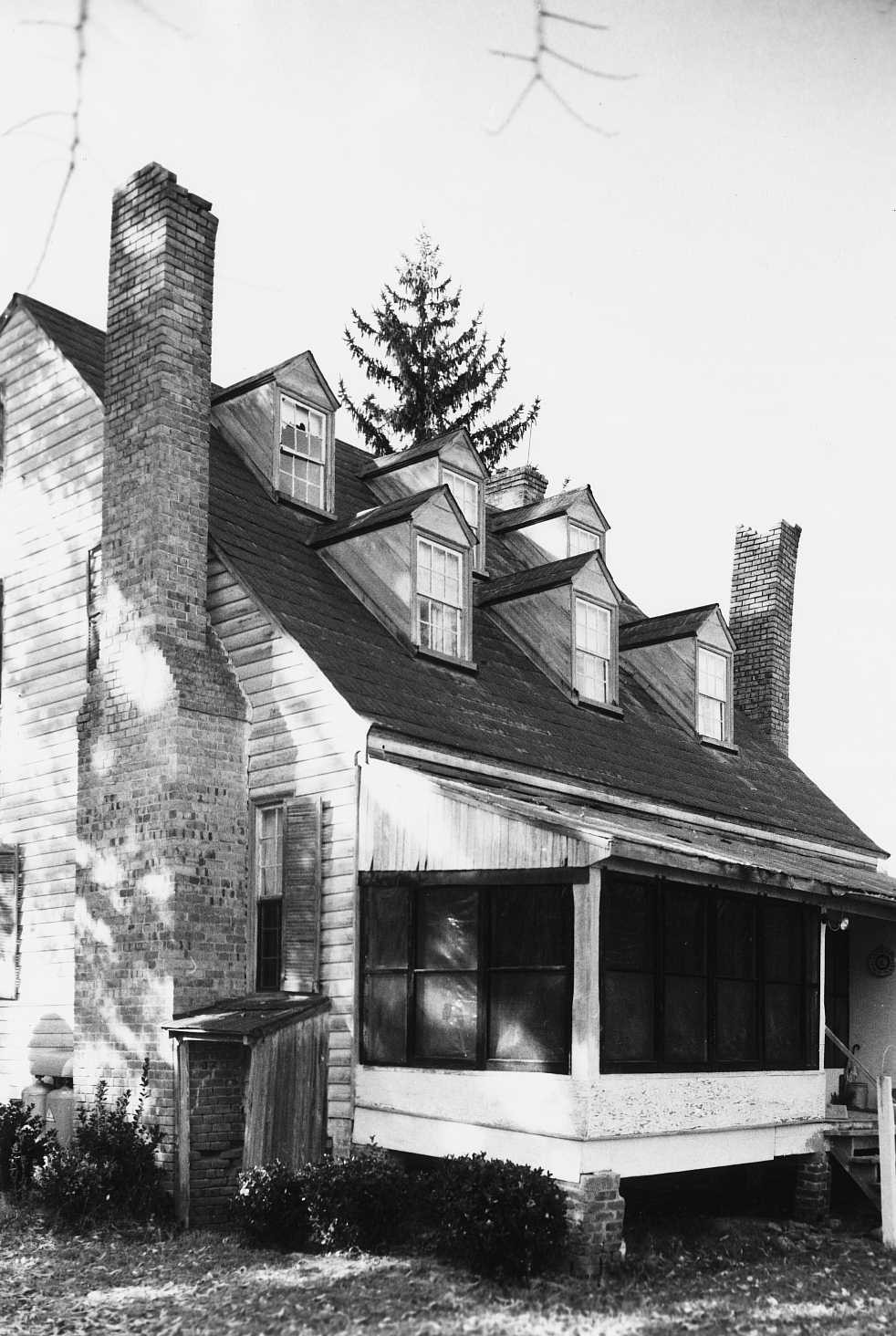 An architectural curiosity, this vernacular farmhouse survives as Virginia’s only known example of an early dwelling with a double tier of dormer windows. Another such house, Bewdley in Lancaster County, was destroyed by fire in 1917. Unlike Bewdley, Wolftrap has its two rows of dormers on only one roof slope, giving the house an asymmetrical profile. Multiple tiers of dormers are common in central Europe but rare in Britain; hence, this roof treatment was not widely used by settlers of English descent. In Virginia, rows of dormers were sometimes employed on large industrial buildings, especially urban mills, but almost never on houses. Wolftrap was erected for the Jones family in the second decade of the 19th century.

Wolftrap Farm was listed for its significance in the area of Architecture as the only known example of a ca. 1820 Virginia farmhouse with a distinctive double tier of dormer windows. At the time of listing the property included about 5 acres, and a frame kitchen/quarter with brick chimney also was on the property. In 2012, the primary dwelling and outbuilding were demolished.