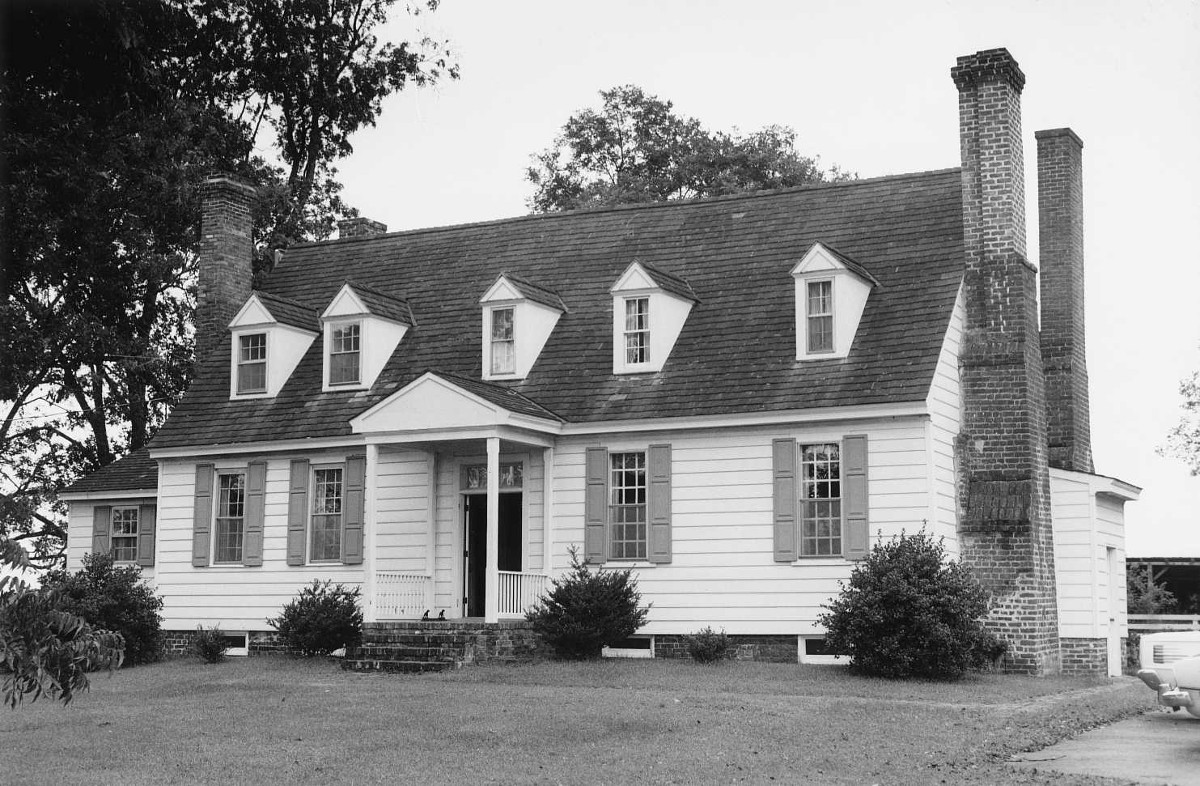 Though conjuring up images of battlements and pageantry, Windsor Castle is, unlike its famous namesake, a typical example of the Virginia vernacular style. The oldest part began as a side-passage, double-pile house built in the third quarter of the 18th century. It was expanded in the early 1800s into a center-passage dwelling. The exterior is highlighted by its four exterior-end chimneys, the oldest of which has two sets of weatherings and a T-shaped stack, a chimney type in use in Virginia since the 17th century. The interior has a mixture of 18th- and 19th-century trim. In the oldest section is an original built-in walnut corner cupboard. The property is one of the few 18th-century farmsteads in the Lower Peninsula to remain in continuous agricultural use and held by a succession of related owners.