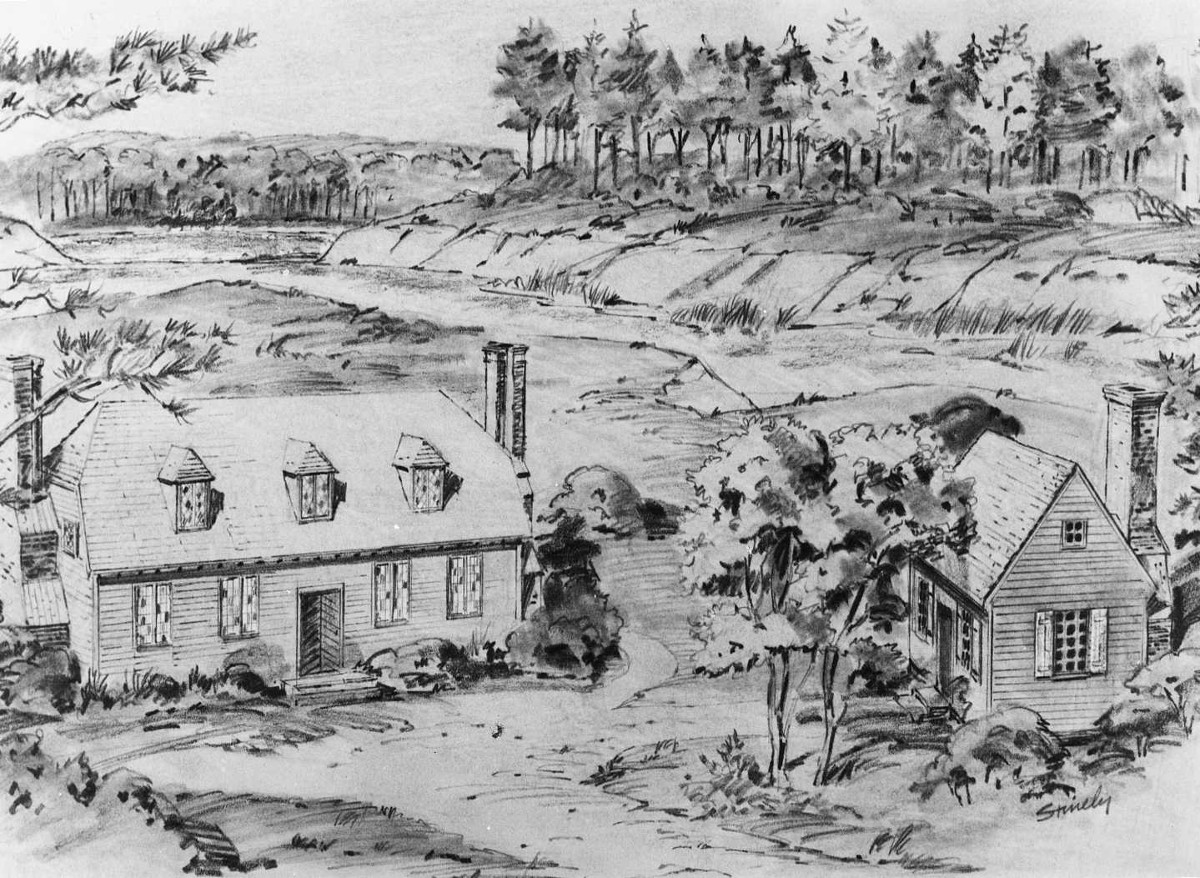 Originally called Tuttey’s Neck, the Tutter’s Neck property was included in a 1637 patent to Humphrey Higginson. The property later came into the hands of Thomas Pettus of Littletown. By 1704 Tuttey’s Neck was owned by Frederick Jones whose wine bottle seal was found on the site during archaeological excavations. The plantation was acquired by the Brays and eventually incorporated into Kingsmill Plantation. A simple colonial manor house stood upon the property until it was destroyed in the last quarter of the 18th century. Archaeological test excavations conducted by Ivor Noel Hume in 1960 and 1961 revealed evidence of a 42 x 19-foot frame house (see conjectural rendering). Complete excavation of the Tutter’s Neck homesite likely would increase knowledge of the cultural traditions and architecture of gentry-class colonial Virginians in the vicinity of the colonial capital.
[VLR Listed Only]