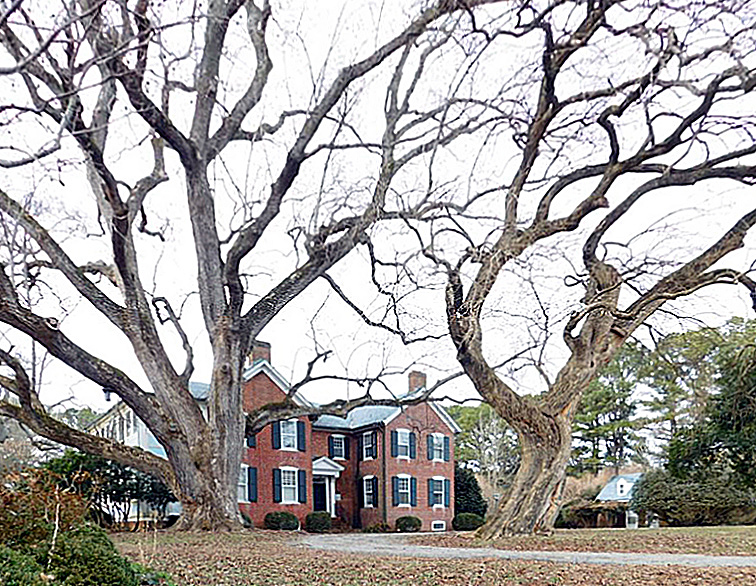 Amblers is a brick farmhouse in James City County distinguished by its architectural history. The dwelling was built in 1852 in a style known as Picturesque, a design characterized by asymmetry and irregular building proportions. Amblers’s original section is the only known surviving example of a Picturesque-style dwelling on Virginia’s Lower Peninsula. In the 1950s, Amblers was added onto using materials similar in appearance to those of the original house but in a Colonial Revival design, then popular in Virginia, that undid the original style, resulting in symmetrical and balanced building proportions. The central remnant of a large farm that operated from the late 18th century until it was subdivided in 1917, Amblers is owned by James City County and is located entirely within the Governor’s Land Archaeological District, listed in the state and national registers in 1973.