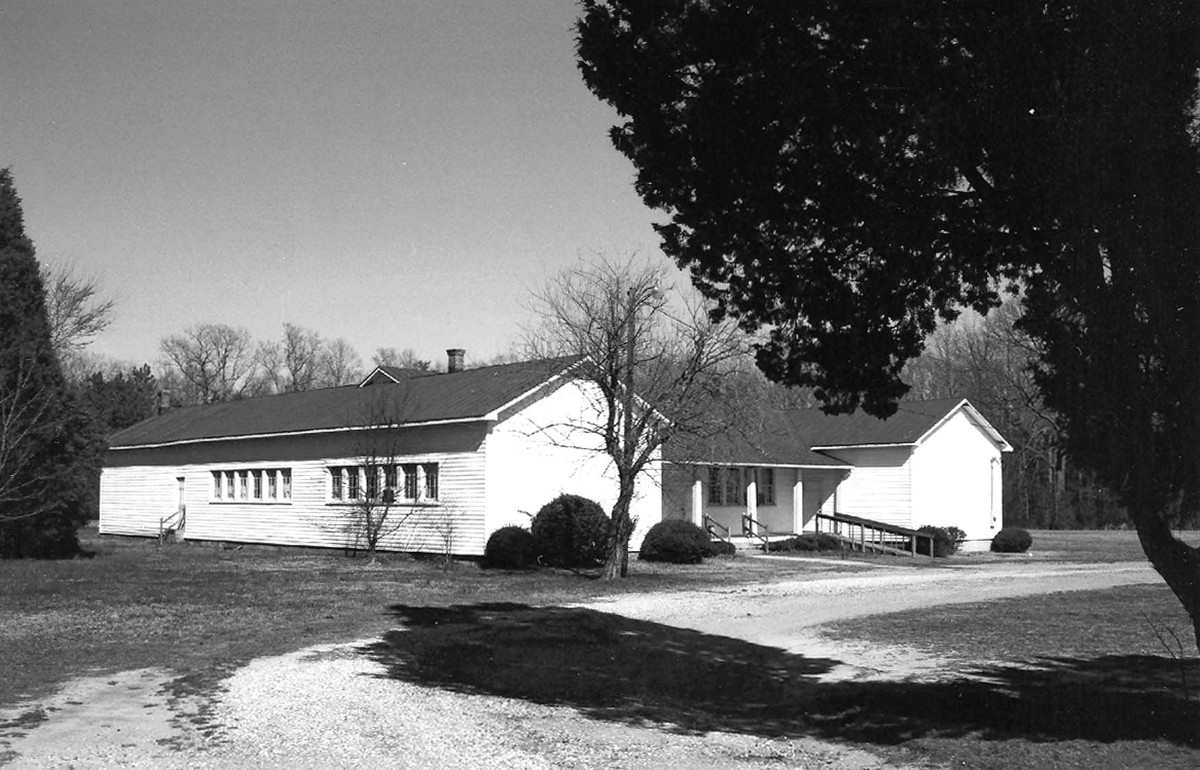 The King William Training School was built for African Americans with the assistance of the Julius Rosenwald Fund, which provided funds and a building plan. The complex, built in 1922-23, consisted of a four-room school, a home economics building, a shop building, privies, and a baseball field and other recreational areas. The school’s origins traced to 1902 when Rev. Samuel B. Holmes persuaded the Pamunkey Baptist Association to construct a two-room school on his property. That school eventually relocated and led to construction of the King William Training School, under the authority of the county, which had two other Rosenwald schools. To build the training school, the county’s largest Rosenwald, the African American community raised $7,900, the Rosenwald fund contributed $1,100, and the county a mere $100. Initially the school offered education for grades 1-9; in 1946, it added grades 10-12, and in 1962 it ceased to be used for educational purposes, after a new school opened and the Pamunkey Baptist Association purchased the building for a recreation center for senior citizens.