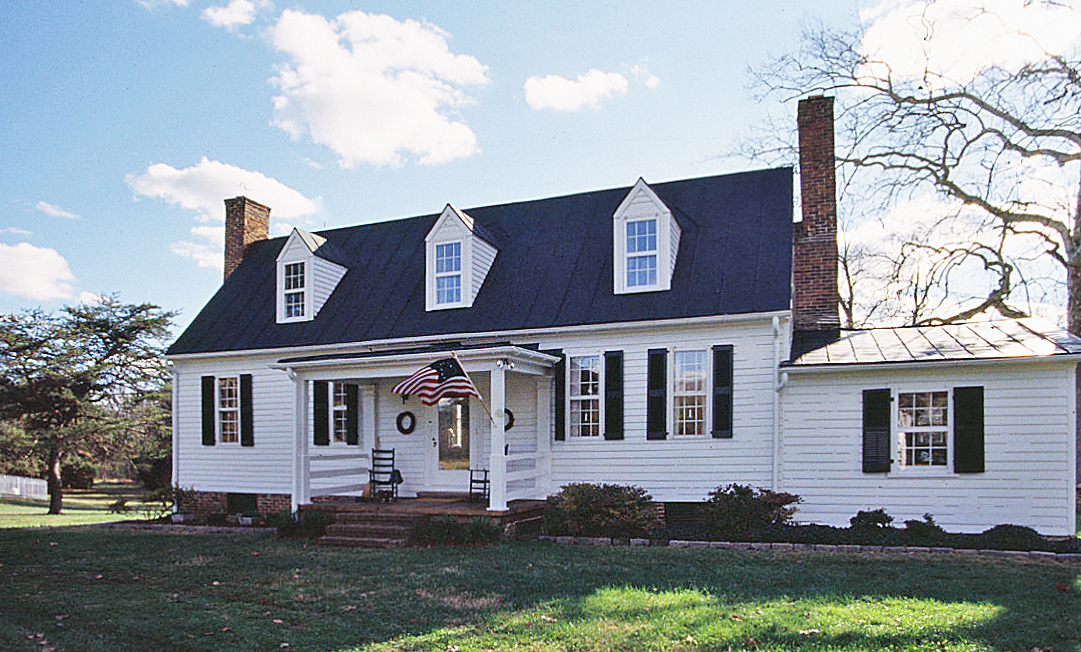 The Duke House is a fine example of a well-built, late-18th-century rural dwelling that is now rare. Built about 1792, the one-and-a-half-story house features handsome interior woodwork, including a full-height paneled chimneypiece in the parlor as well as built-in corner cupboards. The house was once part of the vast landholdings of Cleavers Duke, Sr., whose family remained on the property until 1825. Under the Duke family and the immediate subsequent owners, the property was used for general farming purposes, though under the mid-19th-century owners it was transformed into a tobacco plantation, worked at one point by more than 30 slaves. A one-story kitchen wing was likely added in the early 20th century. The property also contains a former workshop and a small cemetery containing one historic grave marker, though other unmarked graves may be present.