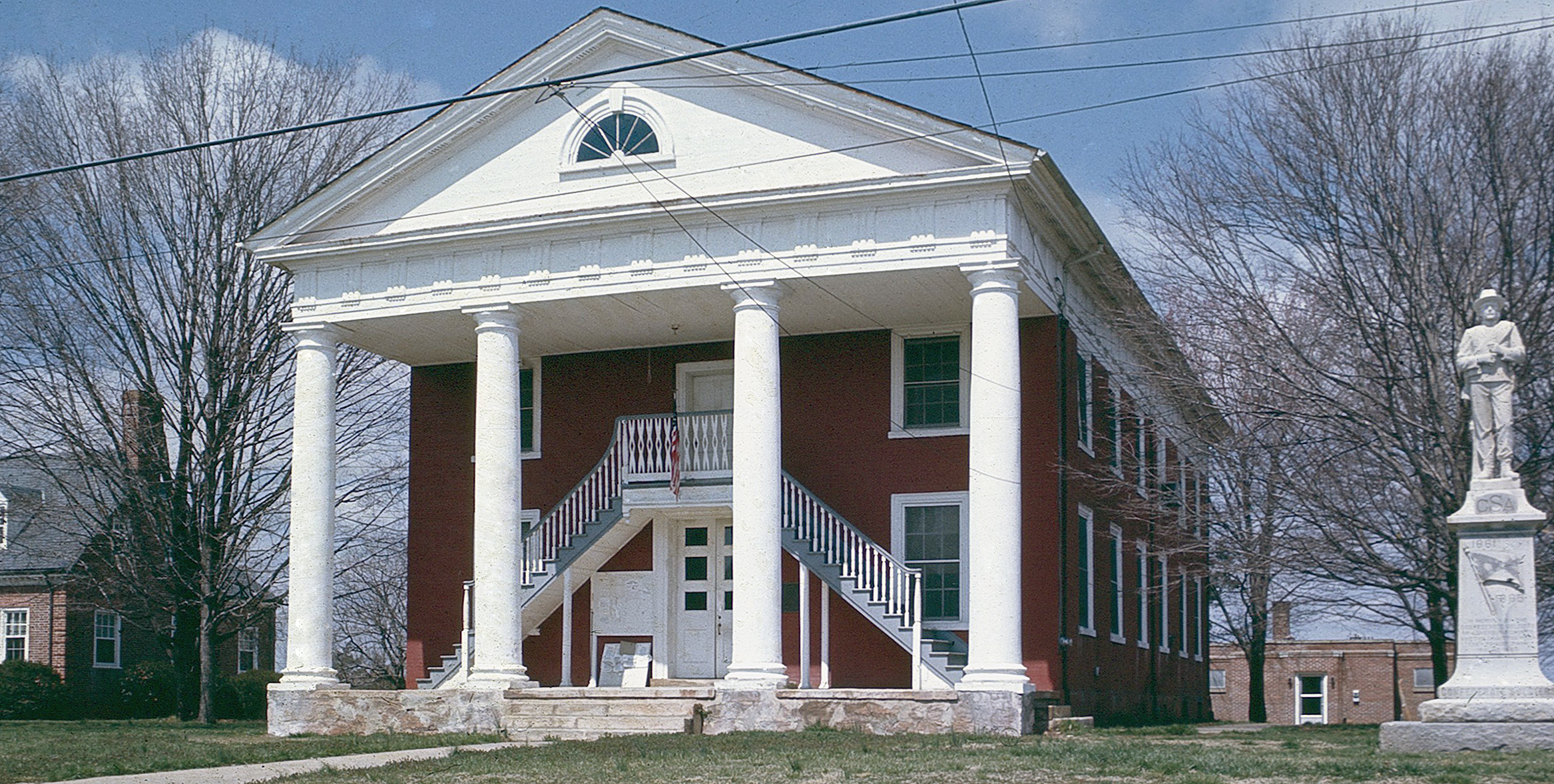 This rural Southside county seat, still barely more than a crossroads, is dominated by its dignified Roman Revival courthouse, one of the group of public buildings reflecting the influence of Thomas Jefferson’s strict classicism on rustic Virginia. The commission appointed to supervise the project directed that the Lunenburg County Courthouse be modeled after the newly completed courthouse in Charlotte County, designed by Jefferson himself. Builders William A. Howard and Dabney Cosby, Sr., admirably carried out their task, completing the academically correct design in 1827. Here the stately Roman Doric order was employed rather than the more usual Tuscan. The exterior stairs were added in 1850 when the interior was divided into two levels. An original apsidal end was later encased in an extension. Surrounded by farmland, the tiny Lunenburg Court House settlement presents a memorable picture with the gleaming courthouse portico looming above the sprinkling of 19th-century structures.