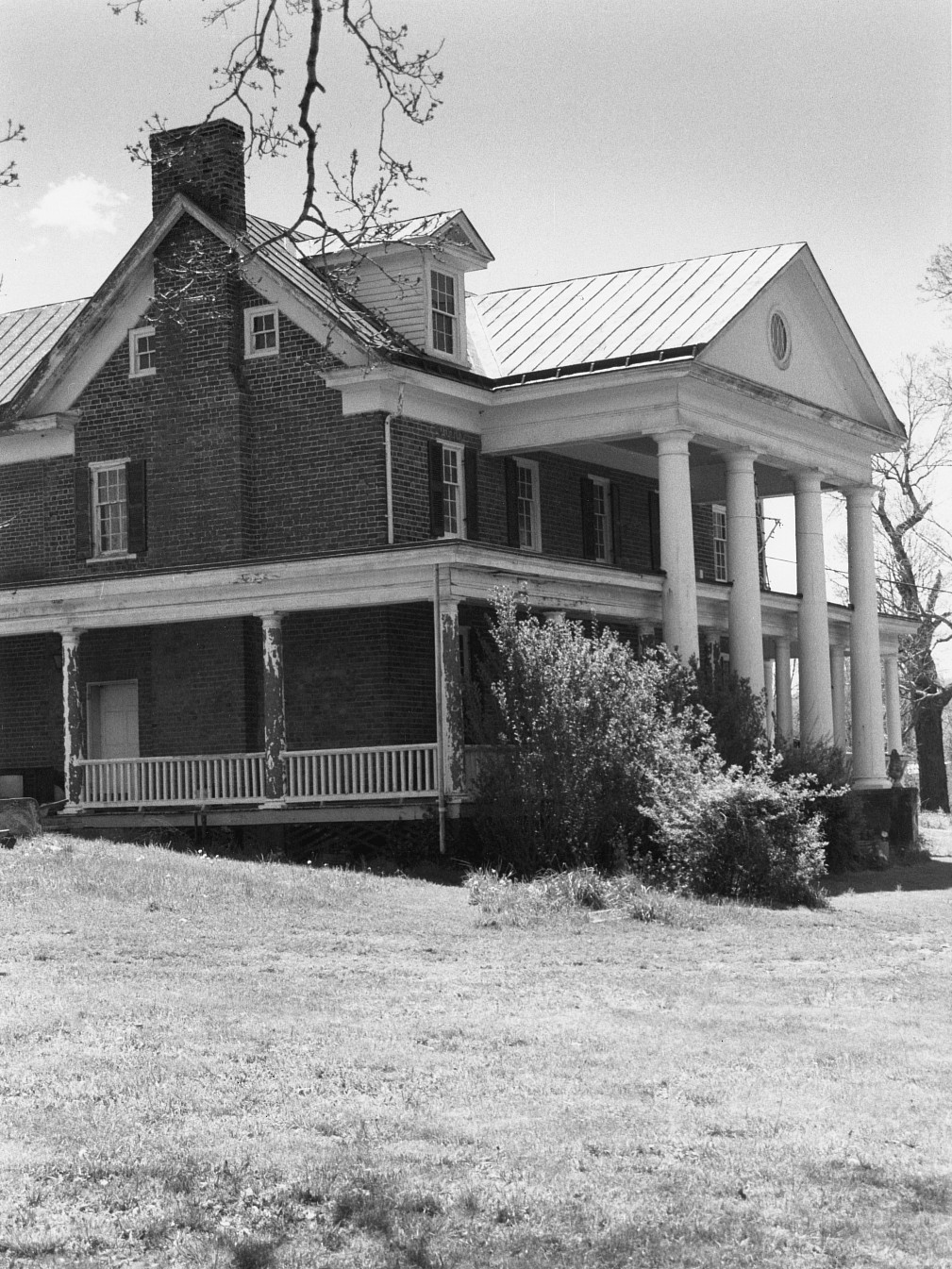 The large brick residence built in 1808 for David Barnett originally was a dignified Federal residence, one of several in a narrow Montgomery County valley formed by the South Fork of the Roanoke River that also contains Fotheringay and the Madison Farm. As completed, the Barnett House was a five-bay I-house with a one-story ell. In 1907 the farm was purchased by Capt. “Black” Barger of nearby Walnut Grove for his daughter and her husband, O. N. Moomaw. Moomaw took advantage of the Big Spring on the property and built a series of lakes to raise watercress. It was a successful venture; Moomaw’s cress eventually graced the salads of fine restaurants and ocean liners. In 1910 Moomaw undertook a remodeling that transformed the Barnett House into a Colonial Revival mansion. The alterations were confined mainly to the exterior and included the Doric portico and veranda, the deep eaves, and the pedimented dormers.

The Barnett House was listed in the registers under the Prehistoric and Historic Resources of Montgomery County MPD.