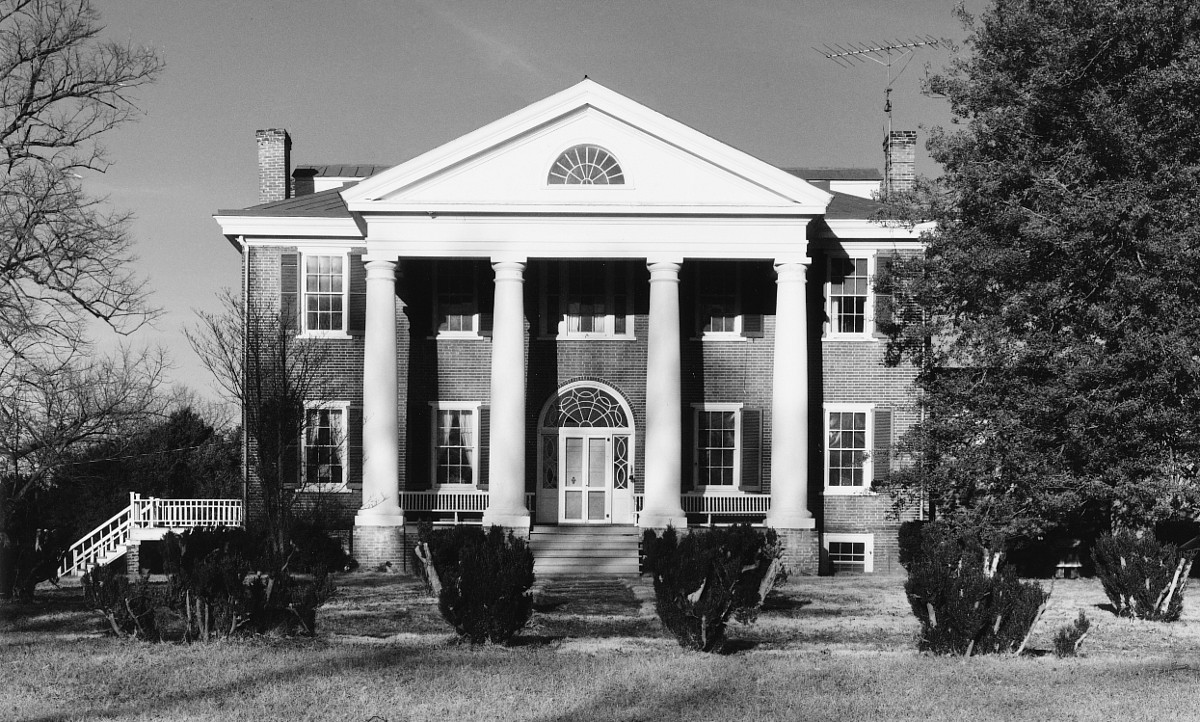 Frascati, built 1821 23 for Supreme Court justice and statesman Philip Pendleton Barbour, is one the architectural monuments of the Piedmont. With its detailed specifications surviving, the house is also among the region’s best documented 19th century dwellings. The monumental structure was designed and built by John M. Perry of Albemarle County, who was one of the master builders employed by Thomas Jefferson both at Monticello and the University of Virginia. Its Tuscan portico and academic Classical detailing show a strong Jeffersonian influence. The plan and general outline, however, follow the more conventional Georgian schemes of that day. In the parlor is an outstanding plasterwork ceiling medallion and entablature, the latter copied from a design in Asher Benjamin’s American Builder’s Companion (1806). Surviving on the grounds are an original kitchen outbuilding and remnants of extensive original gardens.