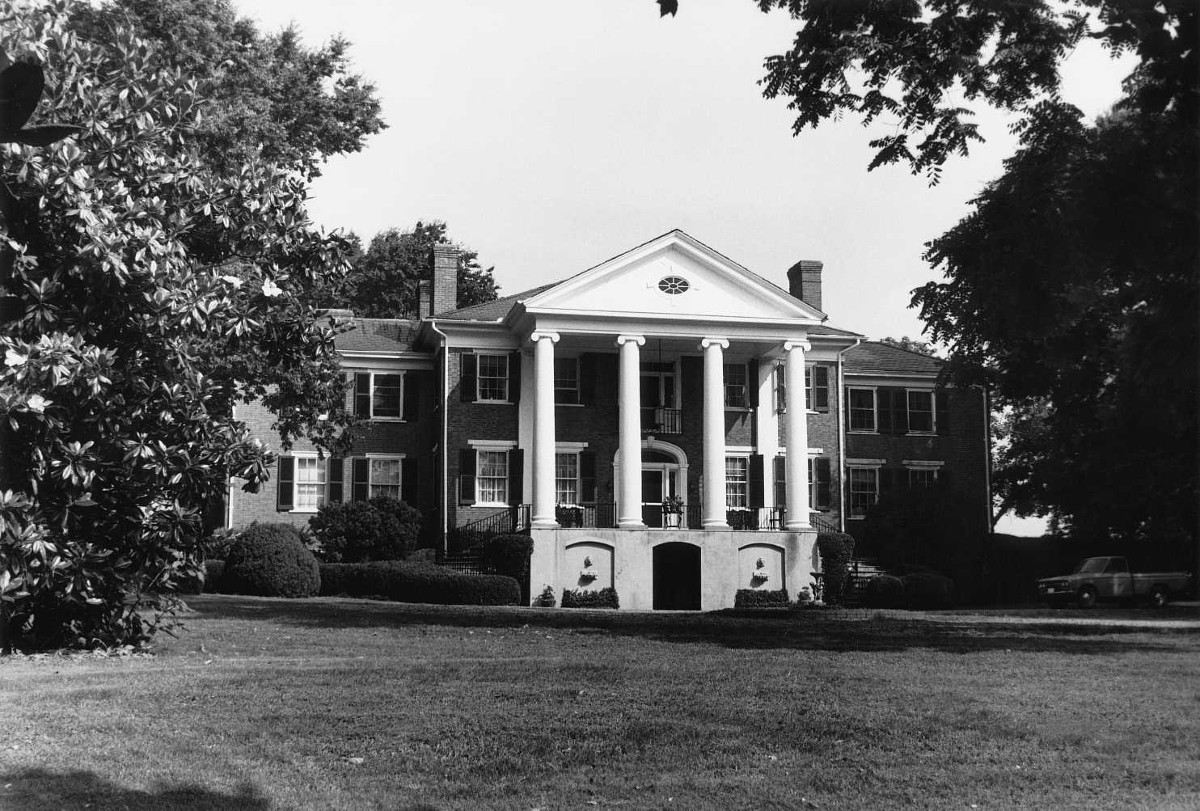 Beautifully situated in the pastoral landscape of Orange County, a county renowned for its country estates, Tetley in antebellum times was a 1500-acre plantation owned by William Smith. Smith was a captain in the Virginia militia and became one of the county’s larger landowners. His brick mansion, built around 1843, was a finely appointed structure exhibiting influences of both the Federal and Greek Revival styles. Its similarity to area houses designed by master builder William A. Jennings favors an attribution. Smith died in 1856 leaving among his possessions fifty-eight slaves valued at over $100,000. The plantation was purchased by Charles Stoven who renamed it Tetley after a family home in England. Changes were made to both the house and gardens when the estate was purchased by the Eriksen family in 1944. On the grounds are an original octagonal ice house, a kitchen outbuilding, and two slave houses.