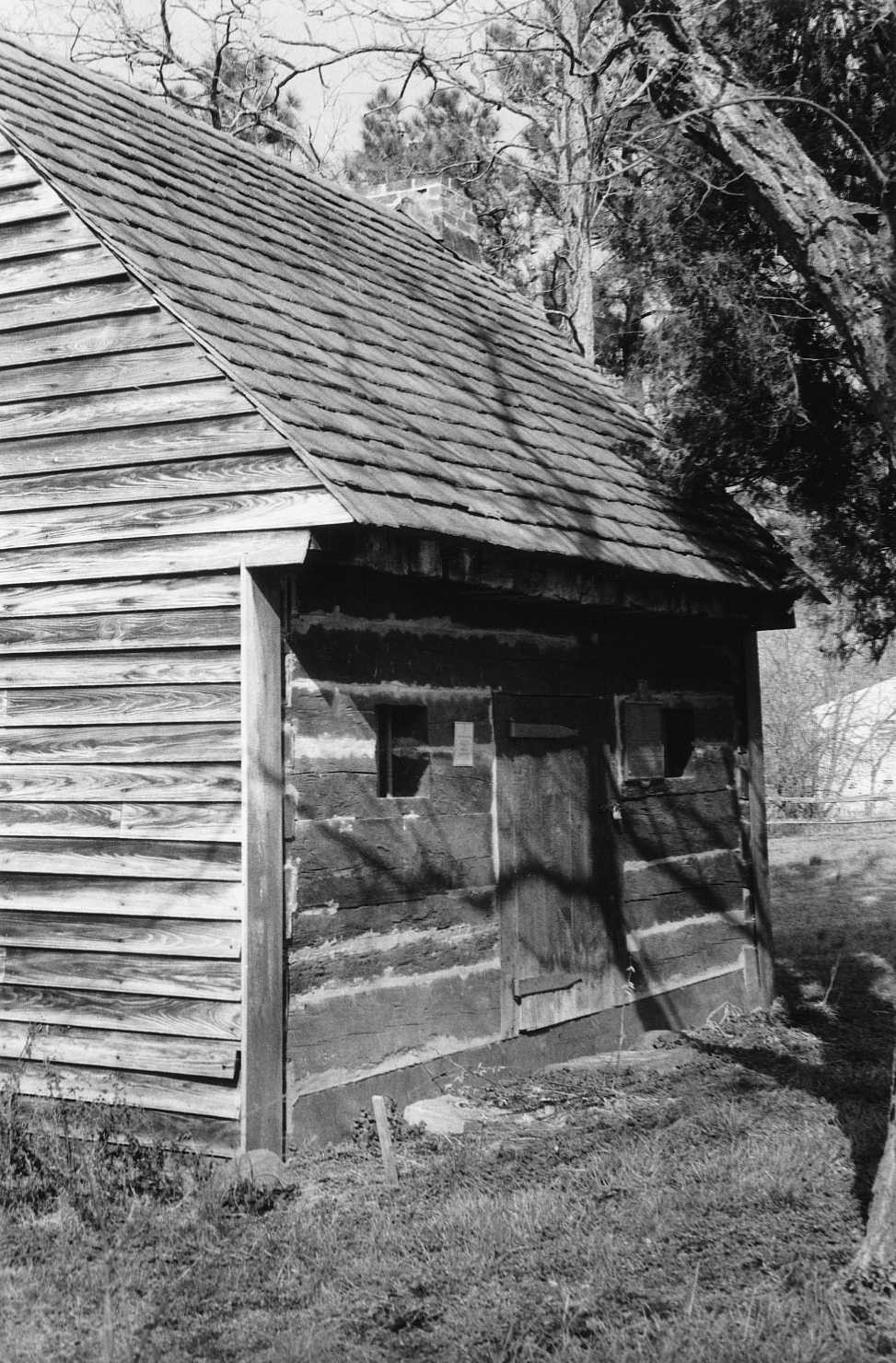 The present day settlement of Worsham was founded in 1745 and served as the county seat until 1872 when the court moved to Farmville. The 1855 former clerk’s office and the solid little structure authorized in 1786 to serve as the “Gaol for Debtors” are the tiny community’s only remaining public buildings. Constructed by Richard Bigg using square hewn logs for its walls and closely set squared logs for both floor and ceiling, the jail was built with security in mind. Debtors generally were jailed separate from criminals. The jailing of debtors was abandoned in the early 19th century, and by 1820 the jail had been converted to a residence. The building was acquired in 1950 by the Association for the Preservation of Virginia Antiquities, which restored it and deeded it to Prince Edward County in 1976.