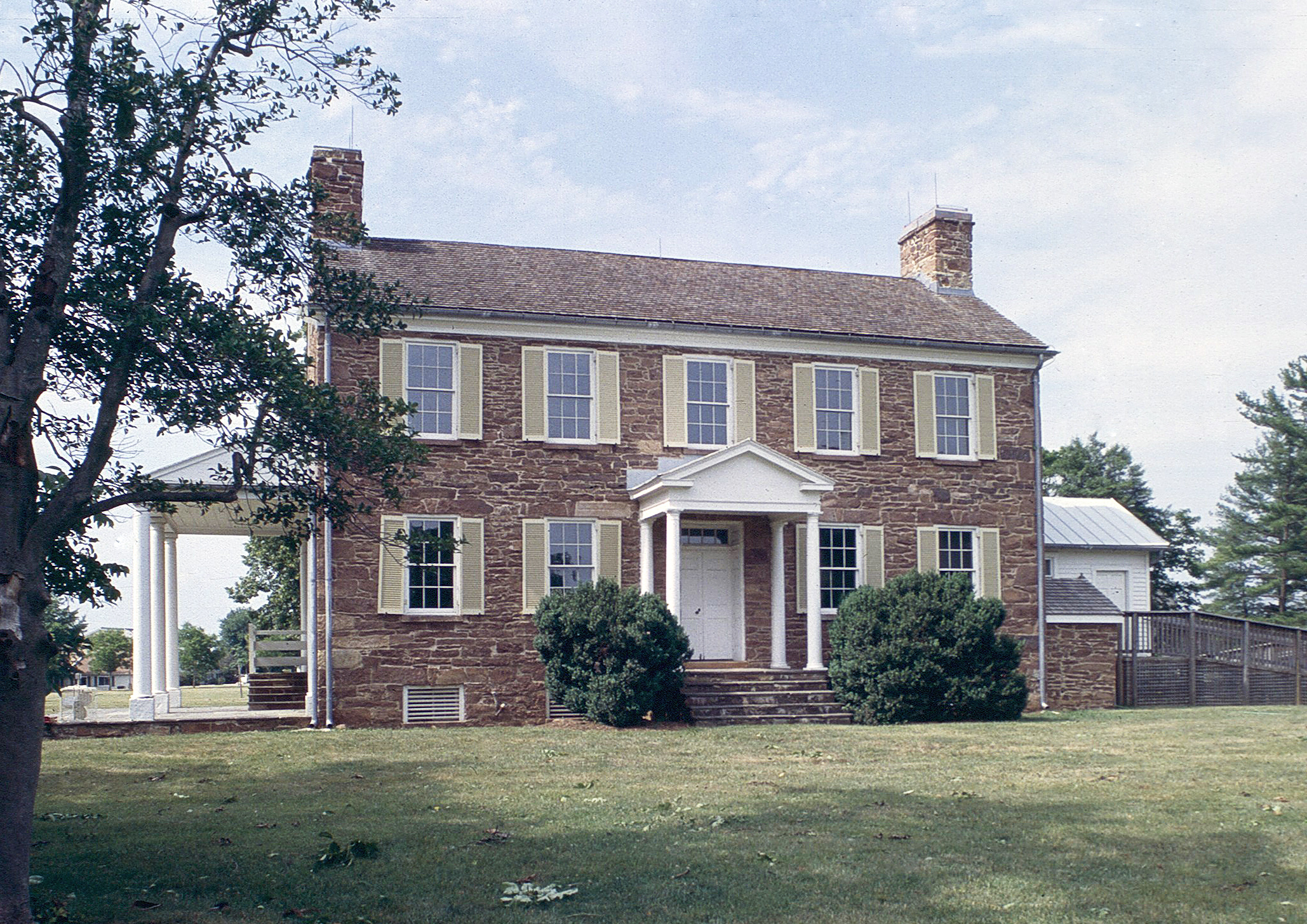 Built in 1837 by Benjamin Tasker Chinn, a grandson of Robert (“Councillor”) Carter, Ben Lomond is one of the only remaining plantation houses in an area that once exhibited such fine country residences as Portisi, Pittsylvania, Hazel Plain, Mountain View, Elmwood, Sudley, and Woodland. Constructed of native fieldstone, the house follows the single-pile, five-bay-façade format typical of its time and place. Its interior retains bold original woodwork. Ben Lomond was used as a hospital during the Civil War battles of first and second Manassas, which were fought nearby. Because its surroundings in Prince William County have succumbed to intense commercial and residential development, Ben Lomond remains a cogent reminder of the region’s former agricultural character and Civil War history. The property is preserved as a public amenity by the Prince William County Park Authority.