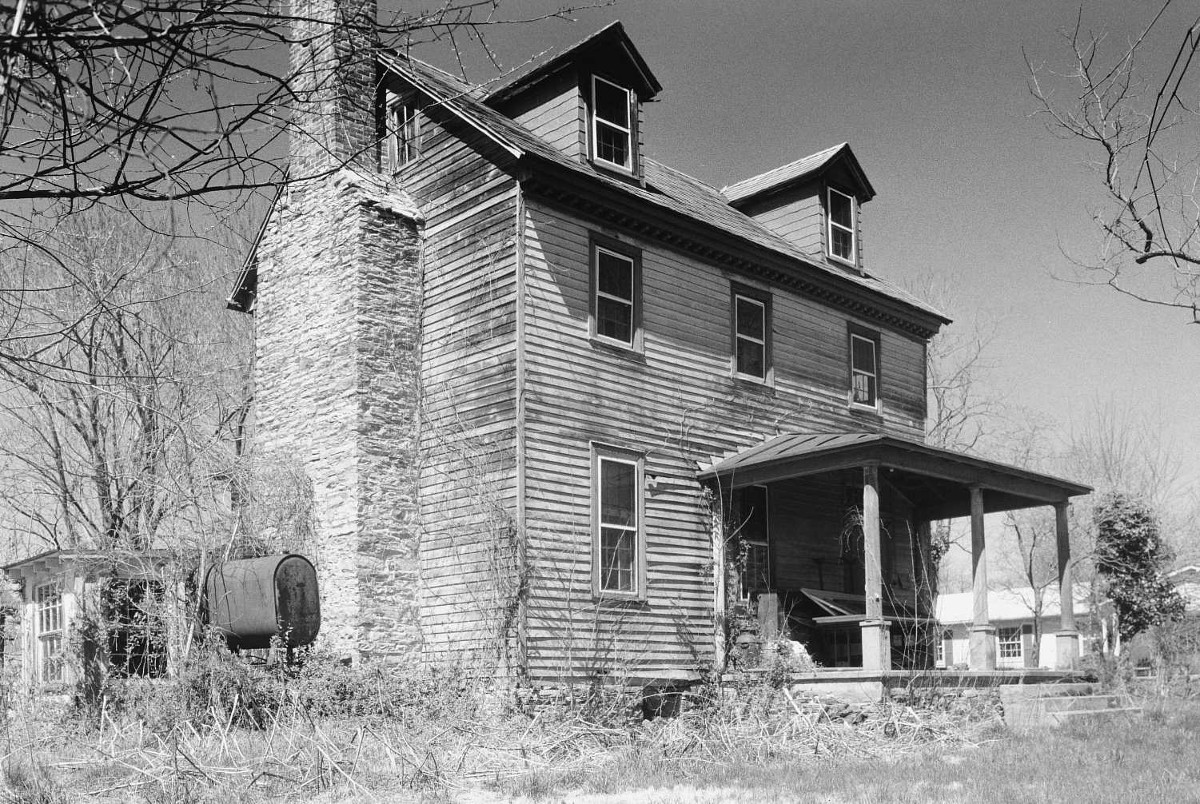 On a knoll commanding panoramic views, Mount Atlas is one of the more interesting examples of late Georgian domestic architecture in Prince William County. The house was built in 1795 by Peter B. Whiting and later sold to Charles B. Carter, son of Charles Carter of Shirley, Charles City County. Its three-bay facade is decorated with a modillion cornice. A striking interior feature is the parlor chimneypiece with its flanking pilasters, a marked contrast to the relatively simple woodwork elsewhere in the house. The overmantel panel is decorated with a painting, titled “Maiden in Prayer,” a ca. 1830-1840 portrait of a young lady. The work of an itinerant artist, the painting is a rare example of folk portraiture being used for architectural decoration. Now surrounded by modern housing, at the time of listing, Mt. Atlas stood unoccupied.