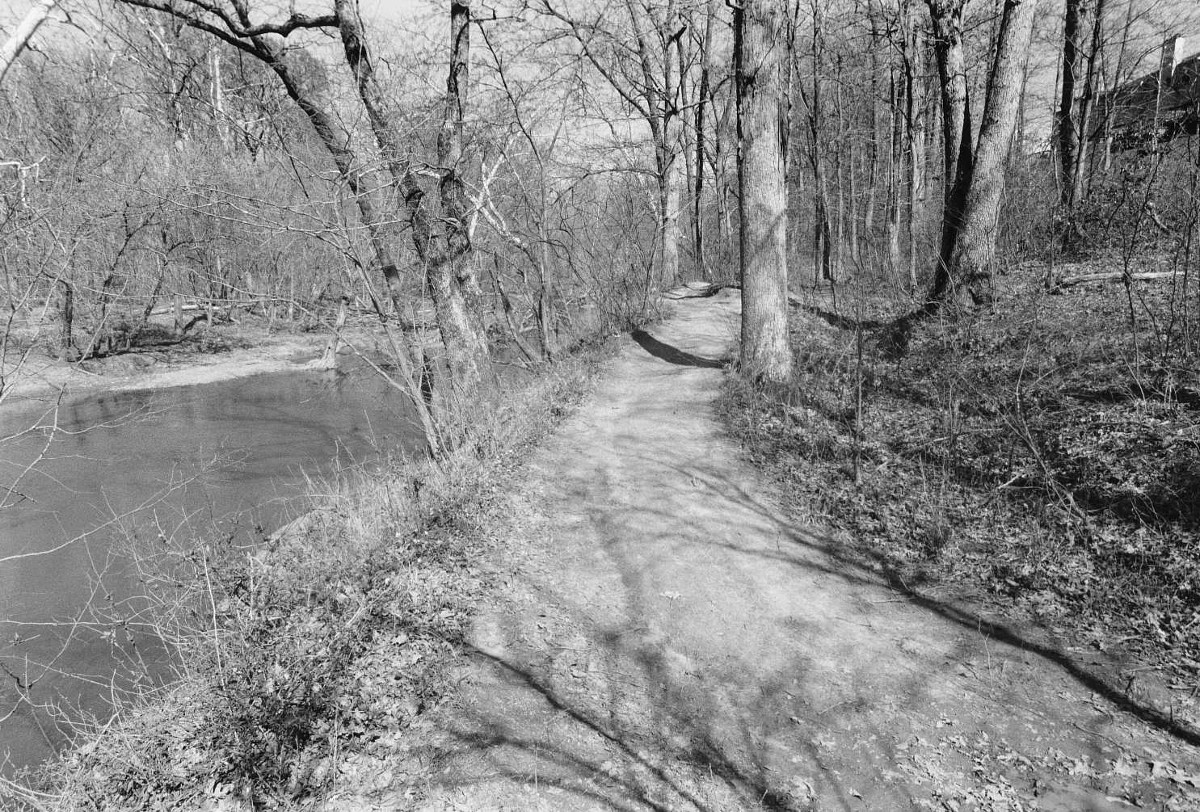 As the Union army approached Manassas Junction from Washington, D. C., in July 1861, Mitchell’s Ford was one of several Bull Run crossings defended by the Confederates. U. S. Brig. Gen. Daniel Tyler’s brigade tried to cross at nearby Blackburn’s Ford on July 18 but was repulsed. Confederate artillery in the Mitchell’s Ford entrenchment withdrew when Union artillery fired on it. On July 21, Brig. Gen. Milledge L. Bonham’s brigade was stationed at Mitchell’s Ford when the first battle of Manassas began. Both Confederate commanders Brig. P. G. T. Beauregard and Brig. Gen. Joseph E. Johnston, were so convinced that the principal Union attack would come across Mitchell’s Ford that they waited on a nearby hill for an hour after the battle started to the west. The Mitchell’s Ford earthworks are one of the few remaining entrenchments in the area.