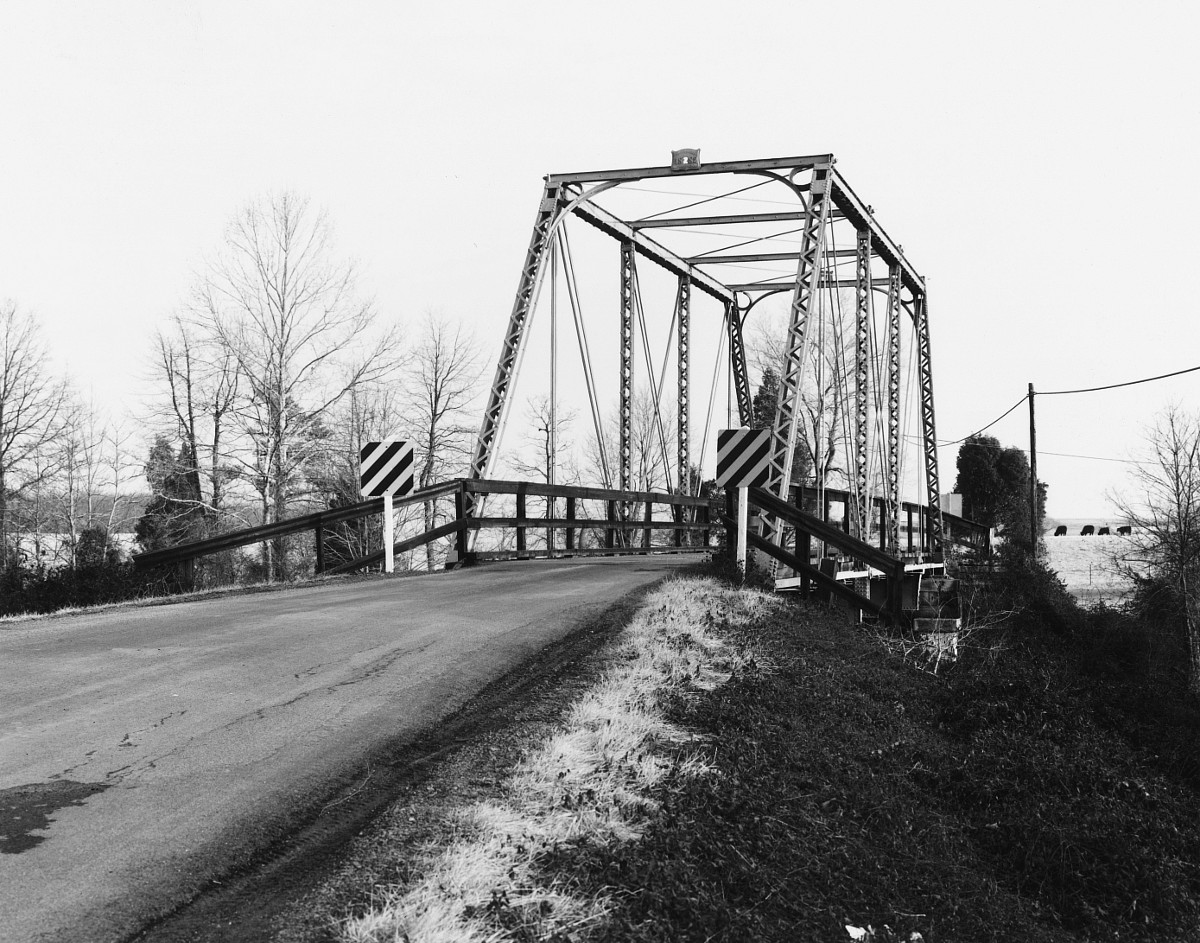 The mass-produced metal-truss bridges of the late 19th century were a remarkable technical innovation which made rural travel safer and led to the replacement of the majority of the earlier wooden covered bridges. Although sturdy and easily maintained, most of these graceful structures are too narrow to meet today’s safety standards and are in turn being supplanted by wider concrete bridges. Among the state’s best surviving examples of metal-truss bridges is the Nokesville Bridge, manufactured in 1882 by the Keystone Bridge Company of Pittsburgh, a pioneer in metal truss technology. The Nokesville Bridge consists of a single-span through-Pratt truss employing wrought-iron members. It was erected to cross a line of the Southern railroad and is still owned by the Southern Railway system.