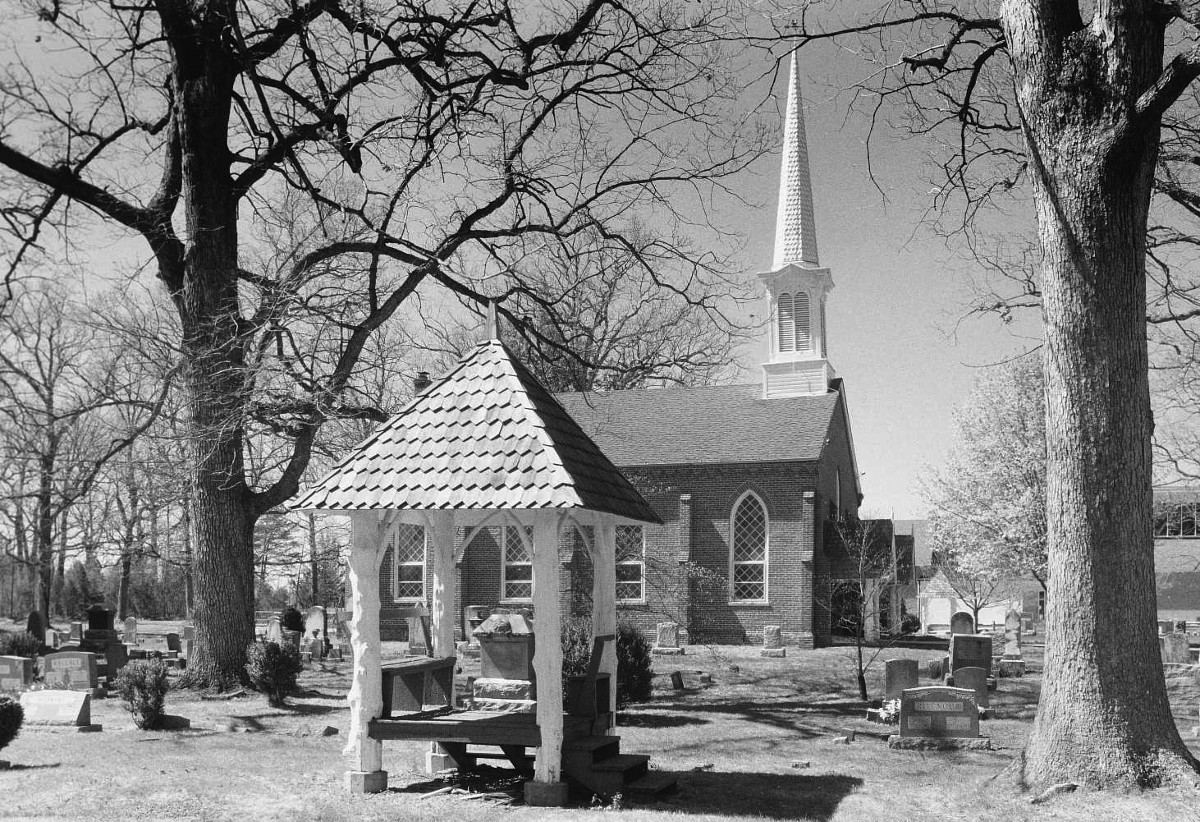 Built in 1858, this picturesque country Gothic church is distinguished by its rustic Gothic porches and lychgate. The land on which the church stands was donated by Charles Green, an English cotton merchant from Savannah who built a dwelling at The Lawn nearby. During the Civil War, when Union troops attempted to seize the church for a hospital, Green objected, claiming that a clause in the deed provided that the land would revert to him if its religious use ceased, thereby making it English property. The church was thus the only one in the county not damaged by Union forces. One of Col. John S. Mosby’s Confederate rangers, Bradford Smith Hoskins, is buried in the church cemetery. Wounded nearby in 1863, Hoskins was brought to The Lawn by Green where he died.