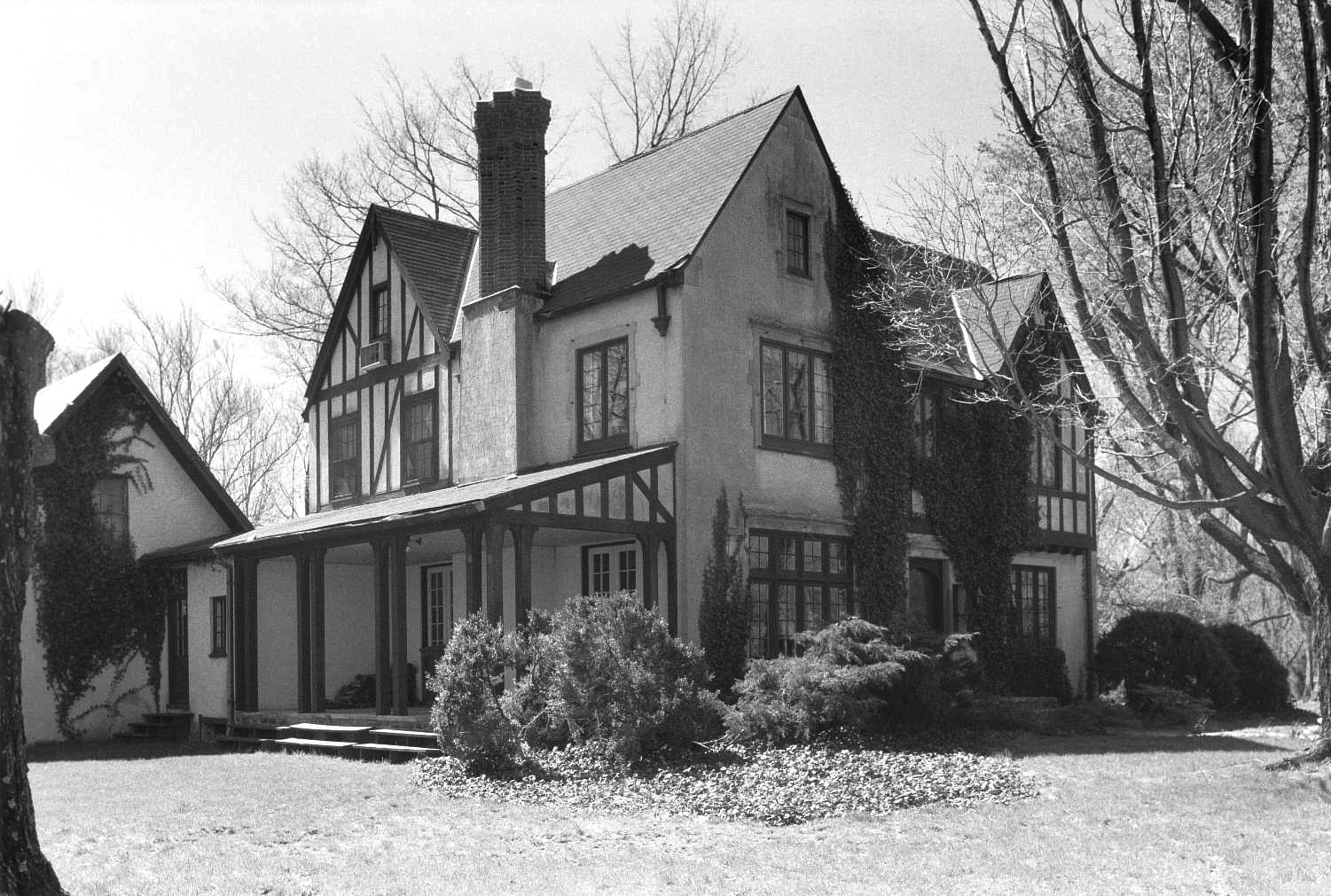 Named for its immaculately maintained green sward, The Lawn was established in 1855 as a country home for the English-born Savannah cotton merchant Charles Green, following his marriage to Greenwich native Lucy Ireland Hunton. He built here a fanciful complex of Carpenter’s Gothic structures. Green’s Savannah residence, the famous Green-Meldrim house, was also Gothic Revival. The Greenwich buildings appeared quite foreign to the area. One Civil War visitor described the house as “the strangest in Virginia.” The property served as a Union camp in 1864. Green was imprisoned, accused of being a Confederate spy. The noted French author Julian Green, grandson of Charles Green, visited The Lawn in his youth and used it as the setting for his novel Maud. The main house burned in 1924 and was replaced with a Tudor Revival work, completed in 1926, designed by A. B. Mullett and Co. of Washington.