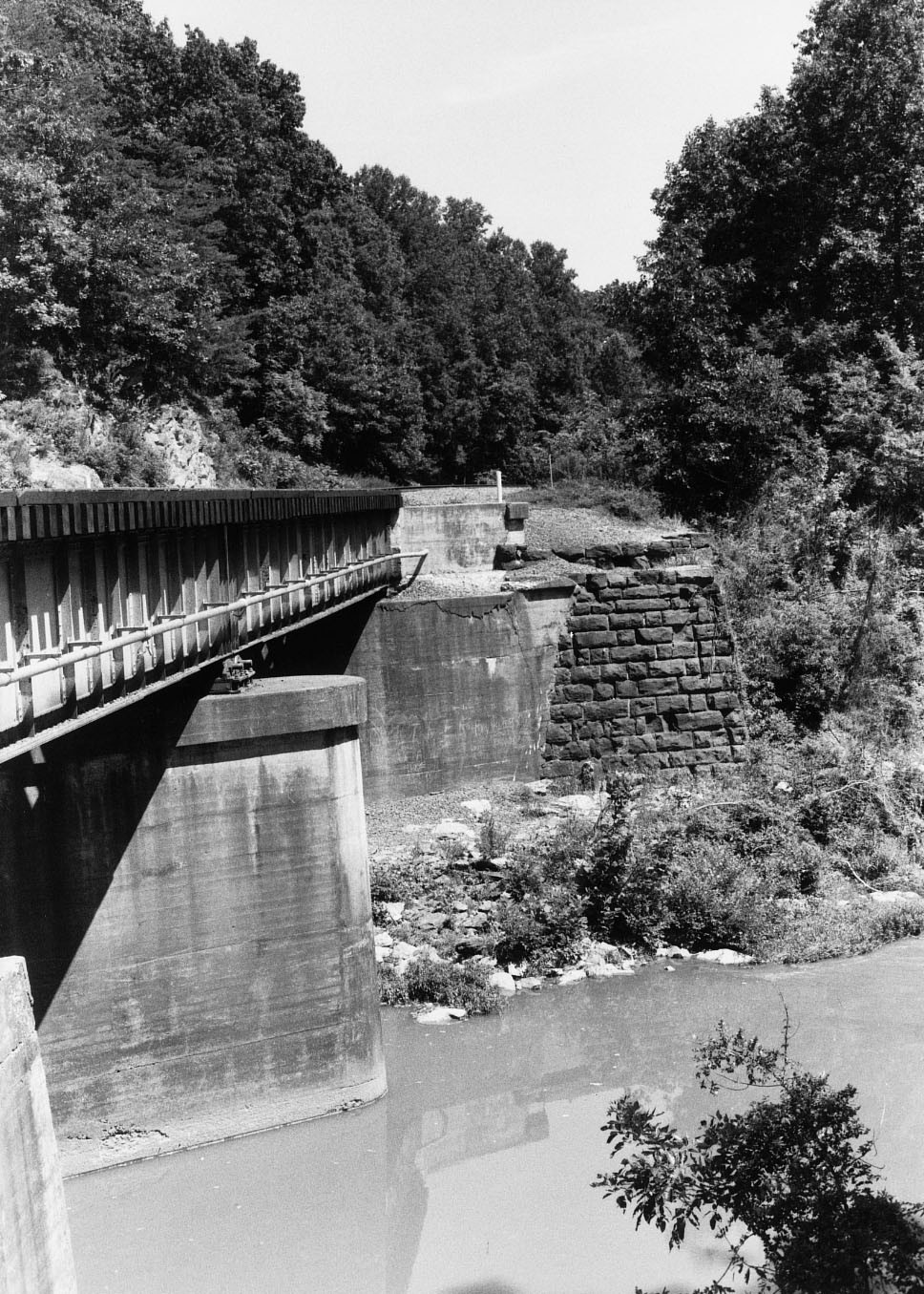 The remains of this historic Civil War-era crossing of the former Orange & Alexandria Railroad consist of two tapering piers of rough-faced ashlar sandstone on the banks of Bull Run. The Orange & Alexandria Railroad Company was chartered in 1848. During the Civil War several major battles, including first and second Manassas, Brandy Station, and Bristoe Station, were fought alongside this important rail line. The Confederate army encamped at Orange Court House during the winter of 1863-1864 to make use of the railroad as a supply line. Between 1861 and 1865, the bridge was destroyed and rebuilt using the piers at least seven times. In 1861 and 1864, respectively, a Confederate and a Union soldier carved the names of their regiments into the soft sandstone of the piers. A modern railroad bridge now stands alongside the piers.