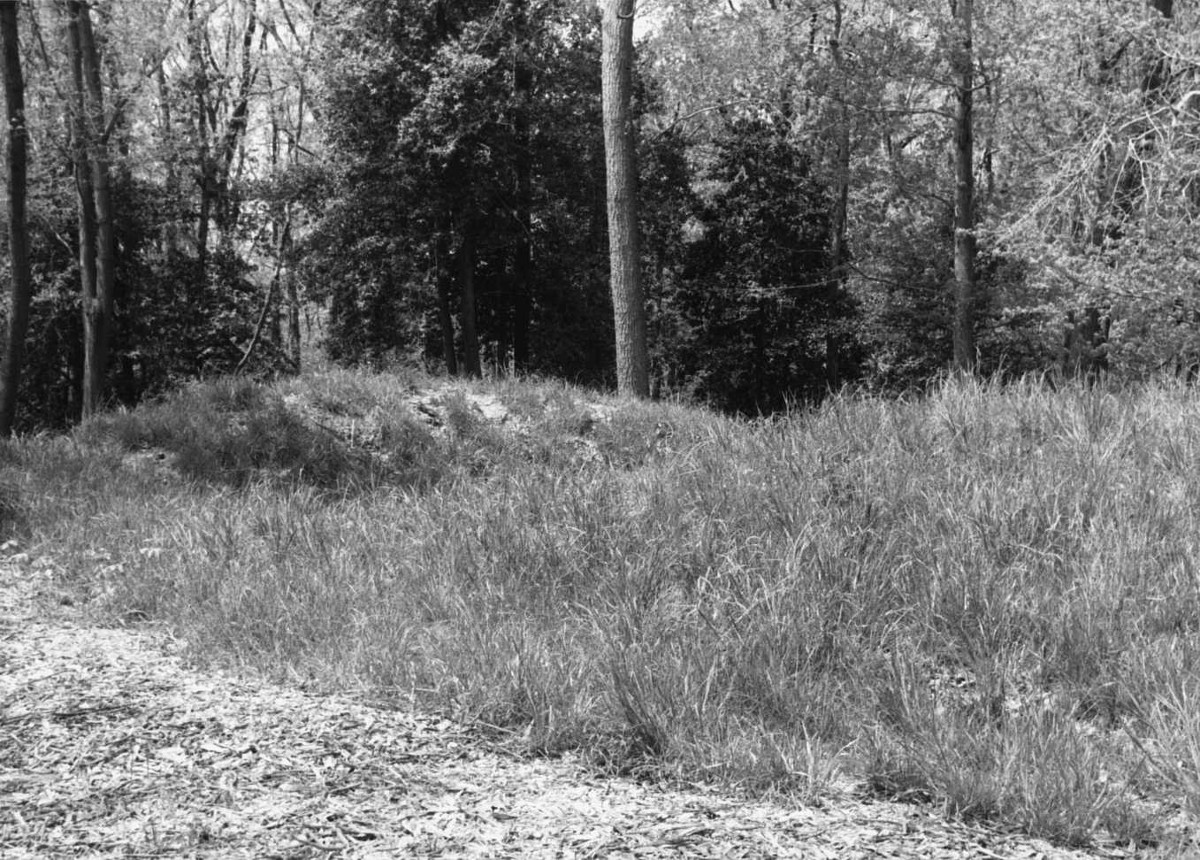 For five months, from October 1861 to March 1862, the Confederate military succeeded in blockading the Potomac River, the Union army’s main riverine supply route to and from Washington, D. C. This created an embarrassing situation for Union politicians and military leaders. At the mouth of Neabsco Creek, Freestone Point Battery, constructed in September 1861, was the most northern of the blockade’s gun emplacements. The battery is situated on a bluff, ninety-five feet above the Potomac. It consists of four individual gun emplacements. The battery apparently was abandoned when the three other batteries in the blockade network were built up to sufficient strength. The rest of the batteries were abandoned after March 1862 when the Confederate army withdrew south. The earthwork today is maintained as a historic feature of Leesylvania State Park.