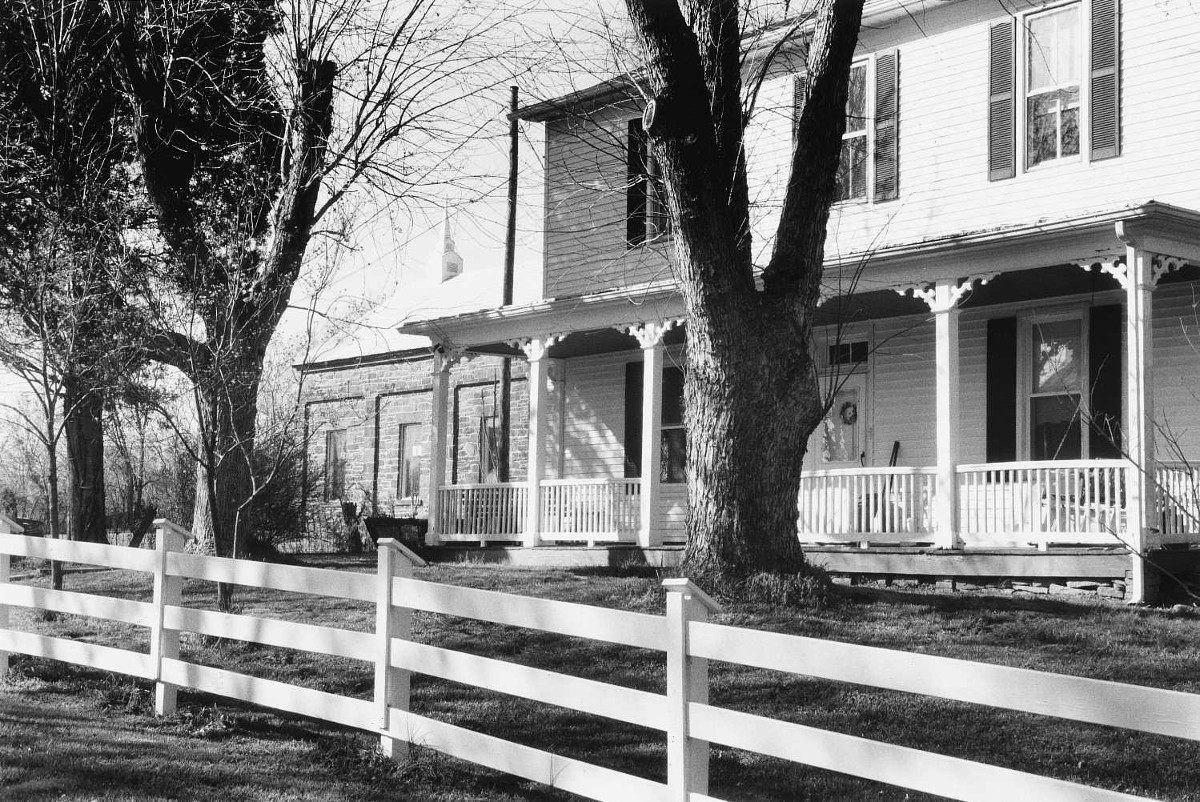 Brentsville was established in 1822 as a planned community for a new Prince William county seat. In 1820 the county justices determined that this site was convenient to more of the county’s population than the existing county seat at Dumfries. The town was laid off in a grid of twenty-one squares with seventy lots. Never completely filled, Brentsville all but ceased growing when the county seat was moved to Manassas in 1893. The tiny settlement today contains thirty-three historic structures and sites, including three churches, eleven houses, and various outbuildings. The focal point of the village is the 1822 brick courthouse, the county’s fourth. The courthouse and adjacent jail are now a county historic site. Of architectural interest is the 1847 Greek Revival Hatcher’s Memorial Baptist Church, originally an Episcopal church, constructed of local dark red sandstone. Most of the houses are late-19th-century vernacular types.