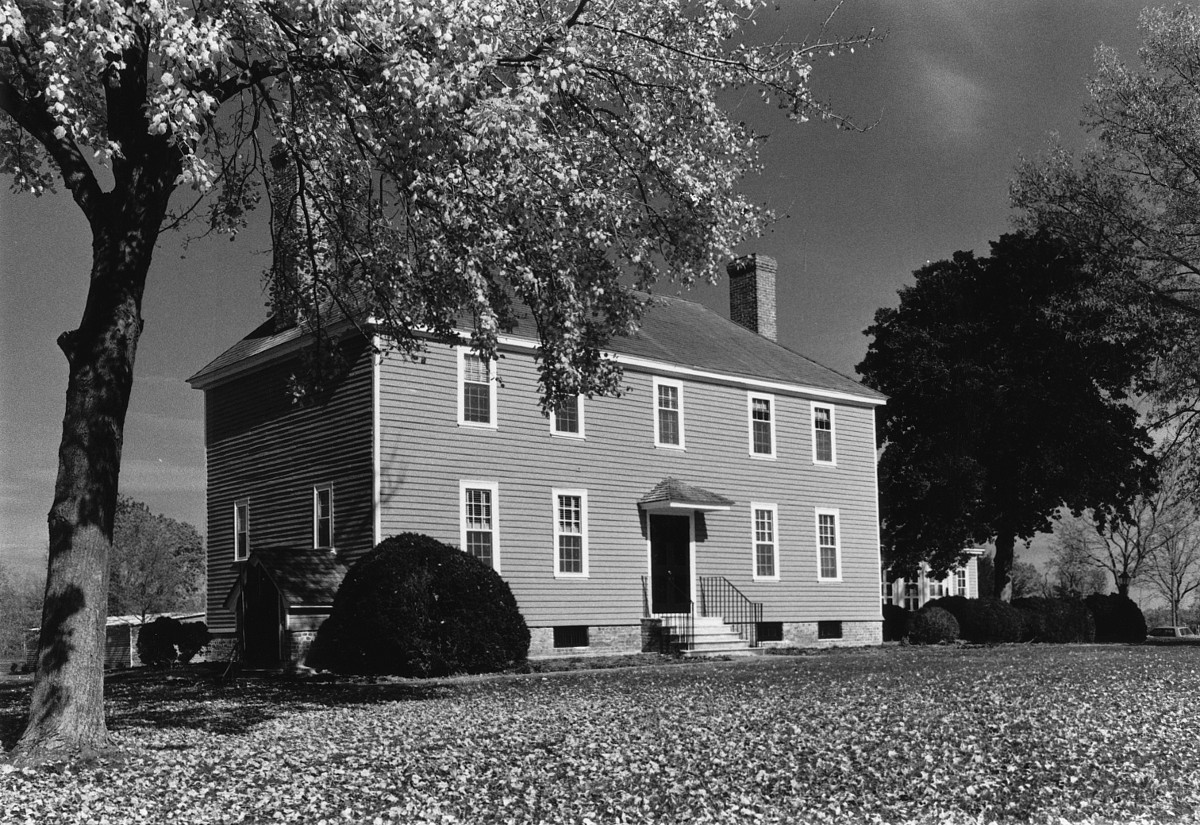 Proudly placed atop a high ridge with a sweeping view of the Rappahannock River Valley, this frame plantation house was built between 1780 and 1800 for Robert Mitchell and his wife, Priscilla Carter Mitchell. Mitchell was a planter, sheriff, and justice of Richmond County. His aristocratic wife was a daughter of Robert (“Councillor”) Carter of Nomini Hall and sister of George Carter of Oatlands. With its hipped roof and carefully proportioned five-bay facade, the exterior maintains the traditional restrained Georgian organization of colonial mansions. The opposite side departs slightly from the formula with its projecting ell. The similarity of the interior woodwork to that formerly in nearby Menokin, especially the stair railing with its diagonally set balusters, strongly suggests common joiners. On the grounds is an 18th-century dairy and remnants of an early terraced garden.