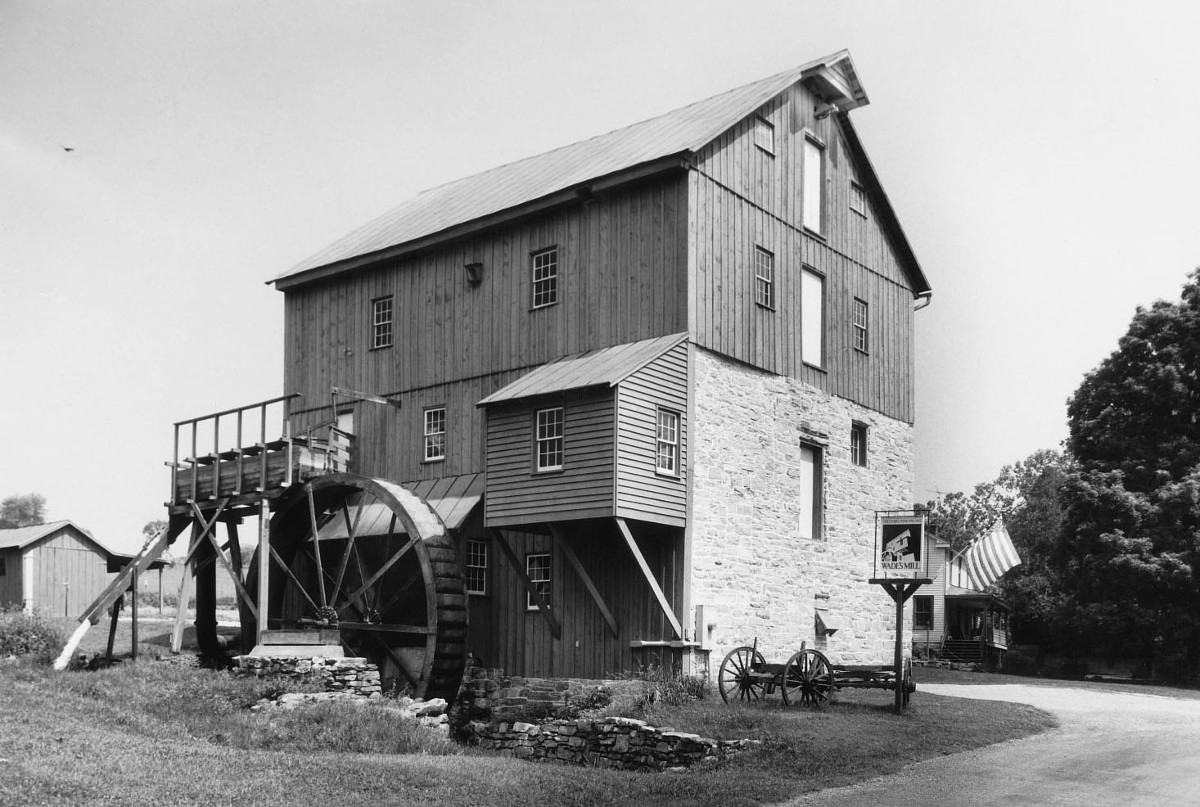 This tiny settlement preserves a picture of a typical 19th-century Shenandoah Valley mill community. Nestled in the hills of western Rockbridge County, the district includes the Kennedy-Wade Mill, a miller’s house, an assistant miller’s house, a frame I-house, a brick farmhouse and several early outbuildings. The mill is the only operating water-powered gristmill in the region. The miller’s house (begun ca.1850) and the assistant miller’s house, (ca. 1900) stand nearby, with the latter following a regional custom of being built into a bank. The 1913 Charles Wade House is a two-story I-house with a full-width front porch and weatherboard siding. The district’s oldest house is the McFadden House, a ca. 1793 bank-sited brick dwelling with an asymmetrical facade. Capt. Joseph Kennedy originally owned the 113-acre tract that comprises the district.