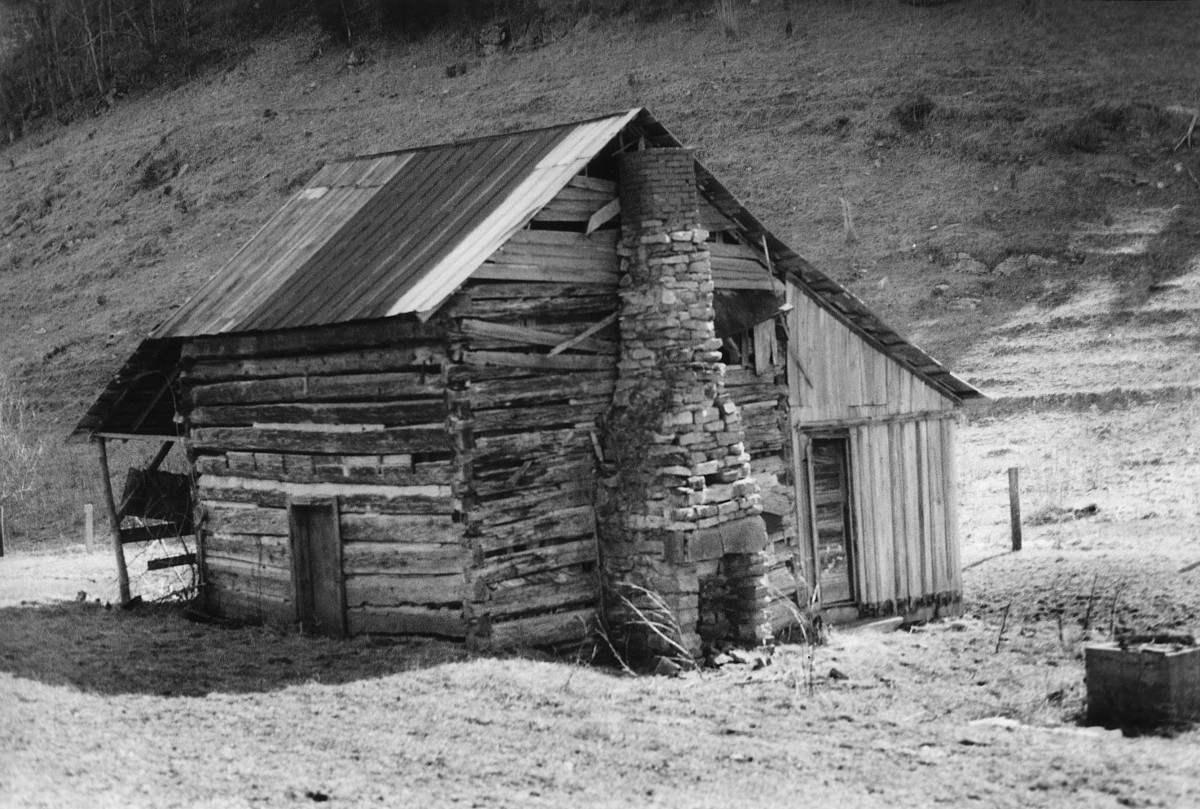 A. P. Carter (1891-1960), progenitor of the famous Carter family of country musicians, was born in this simple log dwelling, situated alongside a footpath in Little Valley in scenic Scott County. Although the Carters had lived in the area for over a hundred years, the cabin was probably erected by Carter’s father, Robert, not long before A. P.’s birth. A. P. Carter was one of nine children raised here. The cabin is also a representative example of the unglamorous folk housing of the region’s farming families and illustrates the persistence of traditional forms. Little different from cabins built decades earlier, the homeplace is a one-room square or English cabin with an enclosed corner stair. The logs have typical half-dovetail notching. A lean-to kitchen was added later. The cabin was still owned by the Carter family at the time of its listing. For additional context, see the Carter Family Thematic nomination Multiple Property Document (MPD) form.