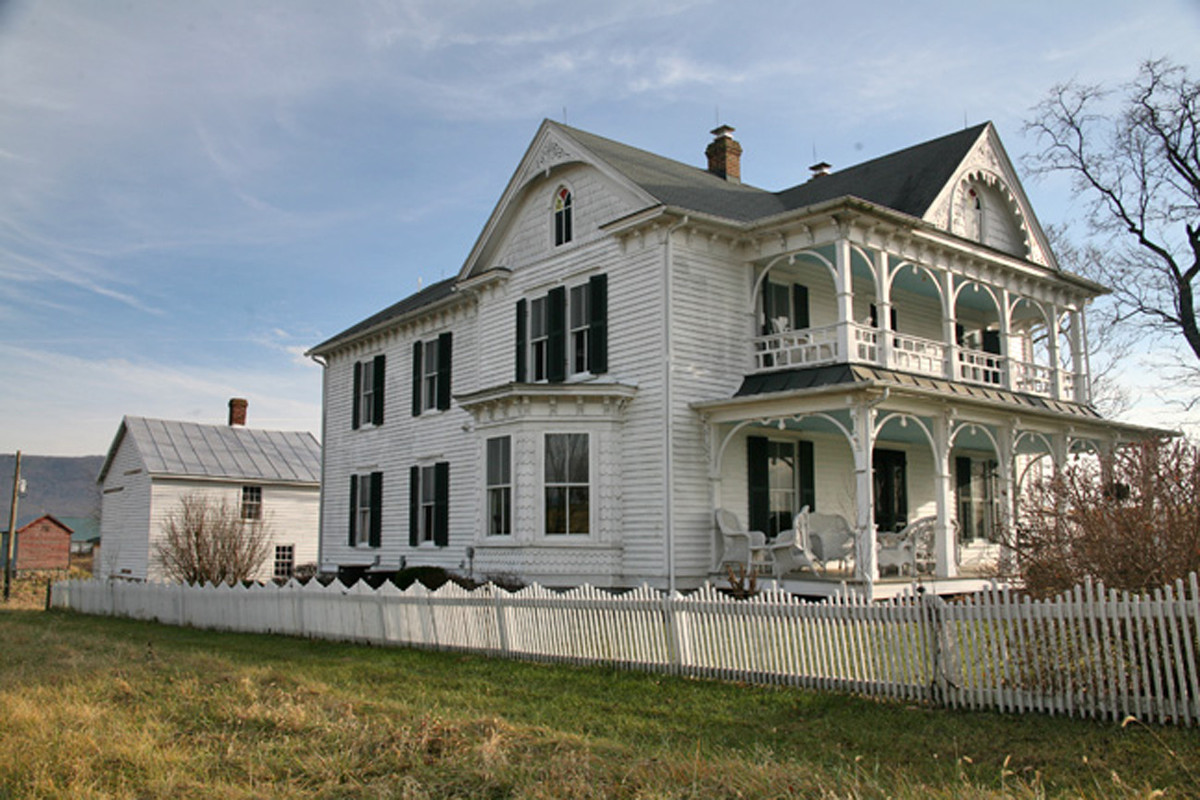 The 109-plus-acre Clem-Kagey Farm is located near Edinburg. The main house, constructed in 1880 by Hiram C. Clem, is an exceptionally handsome, decorative, and intact example of the vernacular Late Victorian I-houses that marked the prosperous family farms of the northern Shenandoah Valley from the 1870s until the beginning of the 20th century. It seems probable that the house and its Italianate ornament are the work of R. S. Jones, a Shenandoah County architect, builder, and carpenter who is known to have designed the J.W.R. Moore House (listed on the state and national registers) and C.A.R. Moore House, both of which were constructed circa 1871 near Mount Jackson, and feature unusual ornamental motifs similar to those found on the Clem House. Only minor changes have been made to the house, which is in excellent condition. Other resources on the property include a circa-1880 frame wagon shed/workshop, a circa-1880 frame granary, and a circa-1920 two-car frame garage.