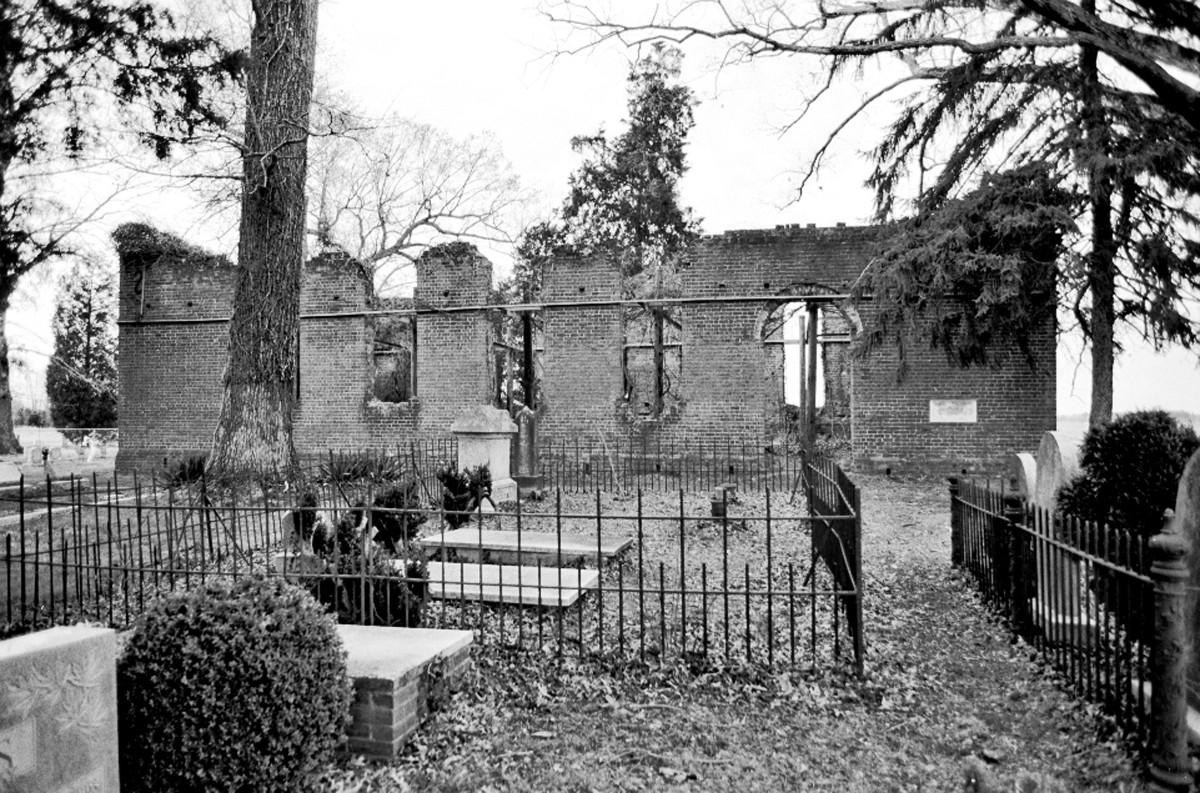 The walls of these romantic ruins date from 1754 when the Anglican Southwark Parish vestry completed a brick church to serve the lower part of the parish. The church fell into a long period of disuse after the Revolutionary War, but other denominations occasionally held services here. Episcopalians established a mission at the church in 1847 but were forced by the other groups using the building to erect their own church nearby. Before it was gutted by fire in 1868, Lower Church followed the format of the standard colonial rectangular church, with a single doorway on the west end and five bays on either side, including a side entrance. The surviving walls retain evidence of the location of many of the building’s original fittings. The ruins are owned and maintained by the Bacon’s Castle Cemetery Association.