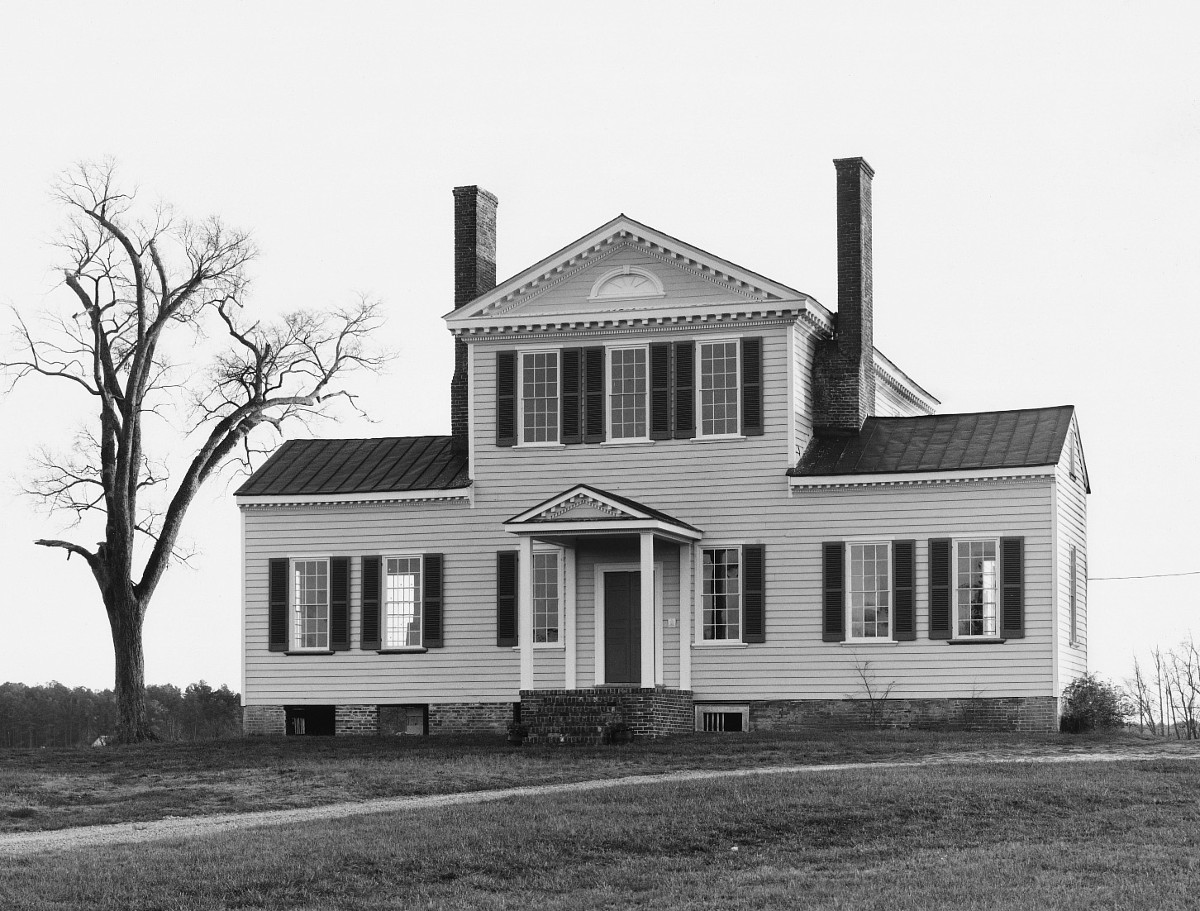 Fortsville was the home of John Young Mason (1799-1859), who served in Congress and held the offices of U.S. secretary of the navy, attorney general, and minister to France. He helped draw up the 1854 Ostend Manifesto, which stated the necessity for the United States to take possession of Cuba. The early 19th-century house apparently was built by Mason’s father-in-law, Lewis Fort. John Young Mason and his wife, Mary Ann Fort, made Fortsville their home following their marriage in 1821. The three-part composition is a local interpretation of the Palladian format favored by more architecturally literate Virginians in the early 19th century. Fortsville has a larger scale and finer detailing than most of this type. Its sophistication is emphasized by the starkness of its setting in the flat fields that surround this property, located on the boundary of Sussex and Southampton counties. Fortsville stood neglected for many years but has since been restored.