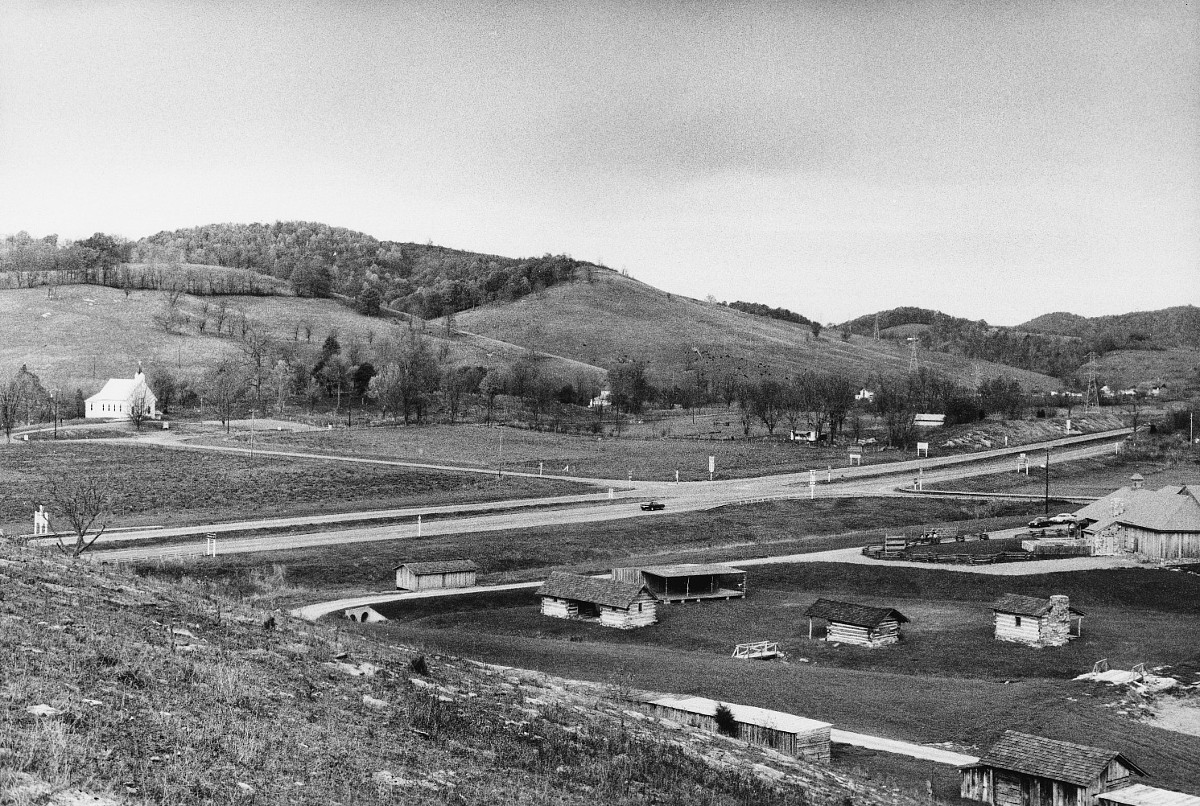 Patented in 1750, the Crab Orchard site was one of the first European settlements in Southwest Virginia. Parts of the tract were later owned by Morriss Griffith and William Ingles and then acquired by Thomas Witten, Sr., who settled here ca. 1760. In 1774 Witten’s log house was reinforced and became known as Witten’s Crab Orchard Fort, serving as a defense against Indians. In 1793 the first Pisgah Methodist Episcopal Church, a log building, was erected nearby. The archaeological sites of both structures remain. Big Crab Orchard also preserves various Late Woodland Period Indian sites (A.D. 800-1600), including the sites of a palisaded village, burial cave, campsite, and rock shelter. Part of the area is now owned by the Historic Crab Orchard Museum and Pioneer Park Inc., and includes a museum, a 1926 replication of Witten’s Fort, and a reconstructed pioneer settlement.