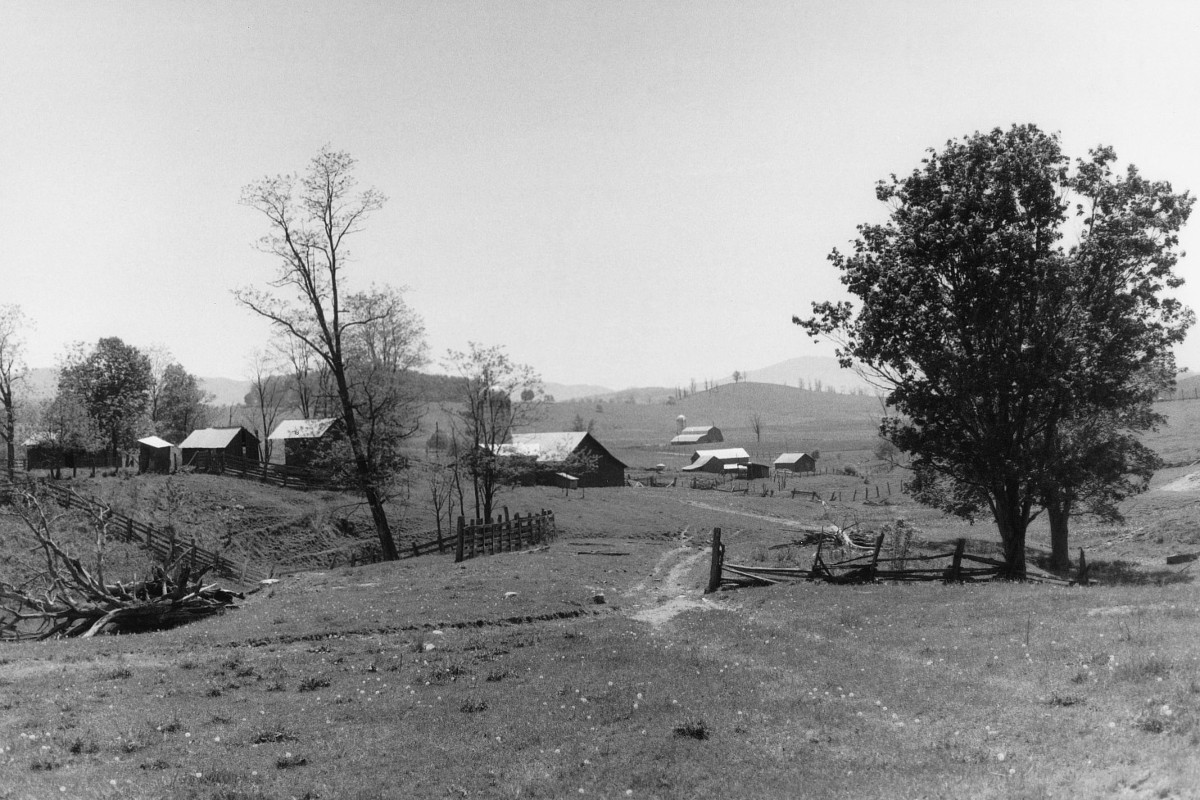 Encompassing nearly forty square miles, Burke’s Garden is a topographically unique elongated basin rimmed entirely by Garden Mountain, a continuous mountain system which protects the area from modern intrusion. Originally surveyed by James Burke in the mid-18th century, the first permanent settlement took place here in the late 18th century by German Lutherans. The valley is one of the most productive grazing areas in Southwest Virginia. The many pastures in its network of farms allow for spectacular views across the valley to the encircling mountains. Dotting the landscape are groups of farm buildings clustered around associated dwelling houses; the more substantial farmhouses date from the late 19th century. Circulation patterns have changed little over the past 150 years. The valley is also rich in prehistoric archaeological sites reflecting continuous Indian occupation from the Early Archaic Period.