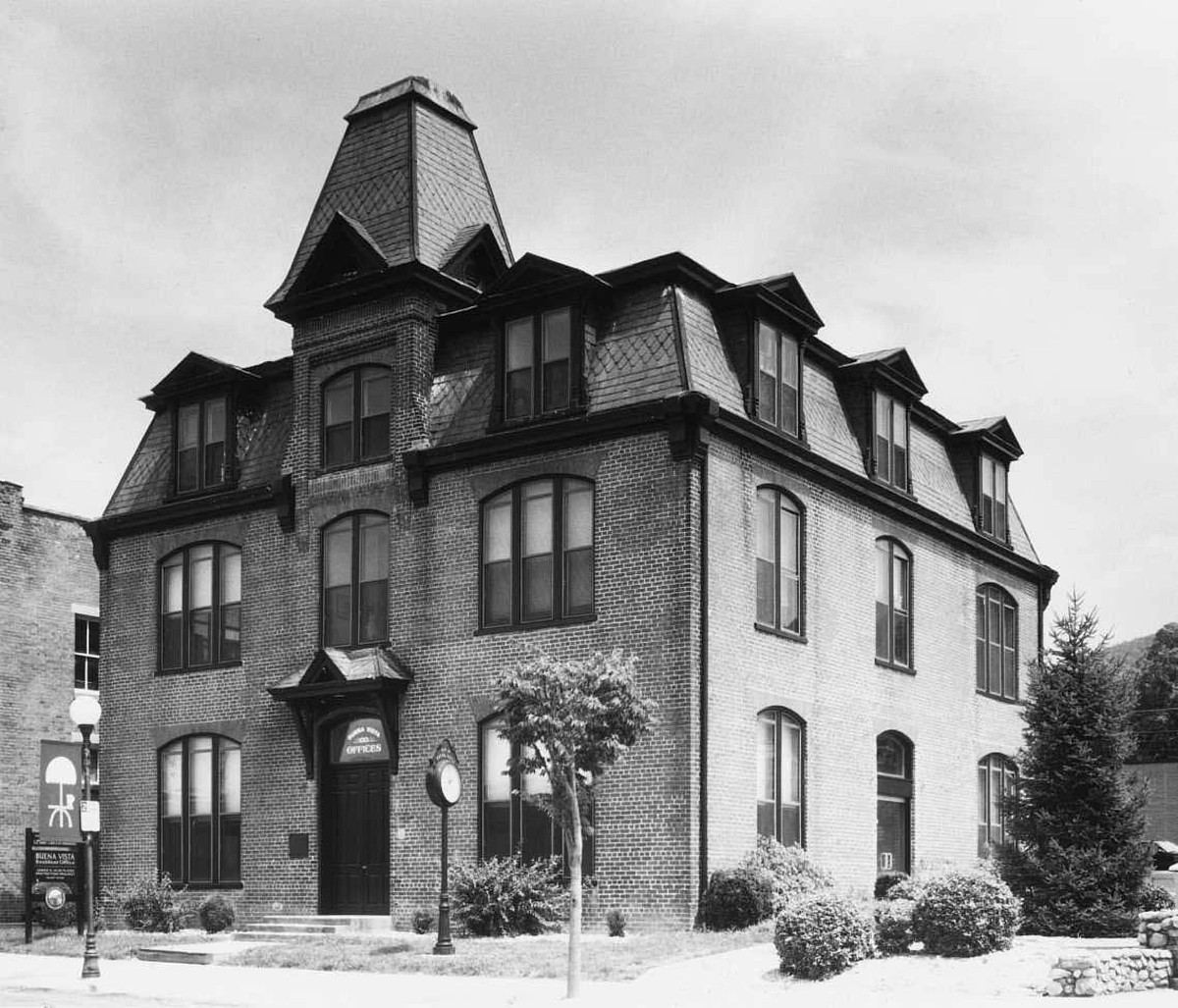 The former Buena Vista courthouse is a relic of the land boom that took place in the central part of Virginia’s Shenandoah Valley in 1889-91. The boom, a direct result of the construction of the Norfolk and Western railroad, contributed to the establishment of several new towns, including Buena Vista. The land company that developed Buena Vista gave credence to its activity by building in 1890 a simple but dignified Second Empire-style headquarters complete with mansard roof and tower. Two years later, when the land boom collapsed, the company sold the building to the town for use as a courthouse and municipal offices. It served Buena Vista thusly until 1971 when a new municipal building was built. Local citizens rescued the old building from threatened demolition and had it converted to the public library.