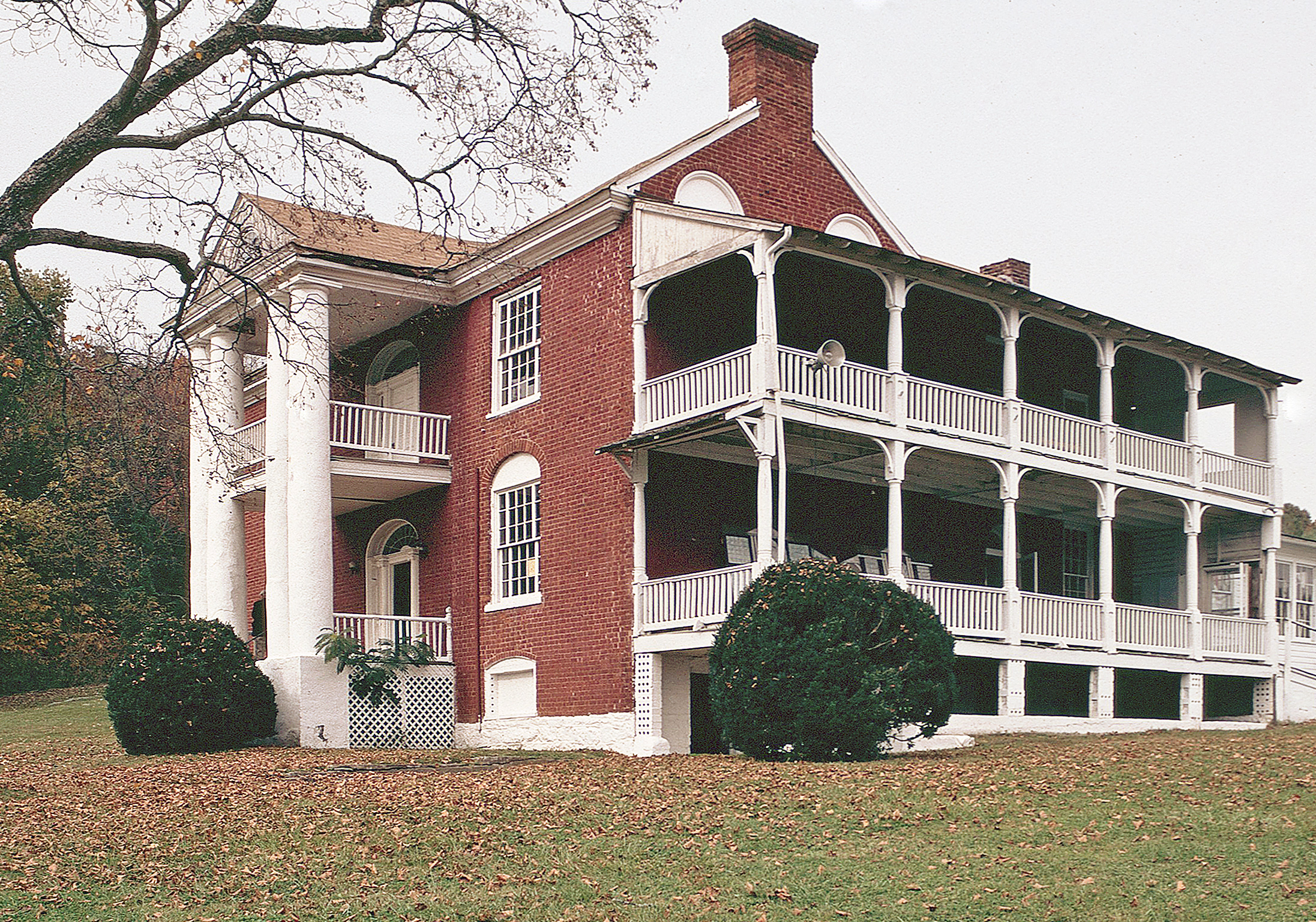 With its naïve use of academic architectural forms and details, Glen Maury is a provincial, though visually appealing, attempt by a local builder to achieve a formal Classical Revival mansion. The local vernacular forms, such as the molded-brick cornices and I-plan blend well with classical elements such as the pedimented portico and round-arch windows. Of particular interest are the boldly carved mantels, which are also regional interpretations of academic Late Georgian forms. Built ca. 1831, the house was first owned by Elisha Paxton, a plantation farmer. Now owned by the city of Buena Vista, whose downtown is immediately across the Maury River, Glen Maury farm serves the community as a city park. The Paxton House Historical Society, formed in 1997, restored the house as a social, educational, and historical center.