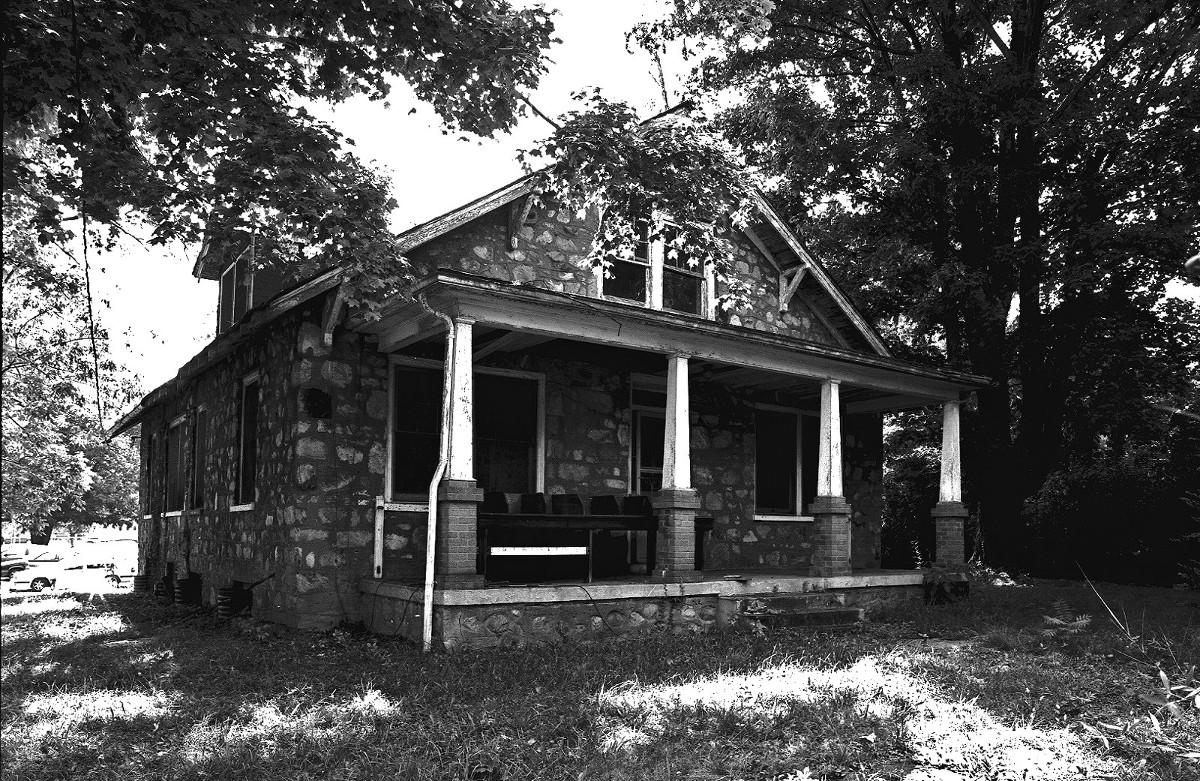 The Holt Rock House is an Arts and Crafts-style bungalow in Charlottesville. Charles B. Holt, an African American with a building, contracting, and carpentry business, built his house 1925-26, when blacks made up about one-third of Charlottesville’s population, yet owned only about 6.5% of local real estate. Thus, the Rock House’s substantial style, double lot and garden—and ownership by Holt—represent an impressive success story during Charlottesville’s 1920s era of segregation. Holt lived at the house with his wife Mary Spinner Holt until his death in 1950, the year Mary Holt’s son, Leroy Preston, and his wife, Asalie Minor Preston, moved into the bungalow. Educator Asalie Preston, like her father Rives C. Minor, had a lengthy teaching career in Albemarle County’s then-segregated public schools. From about 1925 until 1969, excepting a short break (1933–36) to attend St. Paul’s College in Lawrenceville, Preston taught at the Greenwood, Scottsville, North Garden, and Providence schools, the Albemarle Training School, and concluded her career at Rose Hill School. Today she is recognized locally for her endowment of the Minor-Preston Educational Fund. The Rock House now houses a legal aid organization.