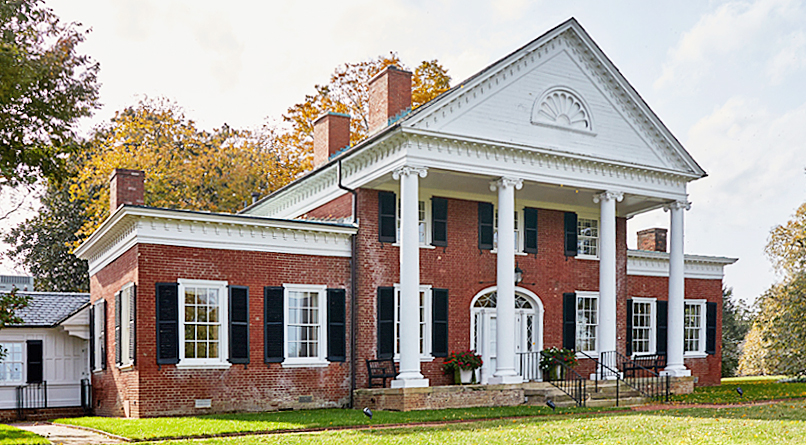 First known as the Marye House for John Lawrence Marye, who purchased the property in 1824, Brompton, as it was later named, figured prominently in both battles of Fredericksburg. The original core, built ca. 1838, was enlarged and remodeled during Marye’s long tenure into an imposing Roman Revival dwelling with a flat-roofed Ionic portico. The steep hill known as Marye’s Heights, which the house dominates, was twice the scene of fierce combat. On December 13, 1862 Confederates repulsed heavy Union assaults with the latter suffering many casualties along the Sunken Road below the heights. The second battle of Fredericksburg was fought almost entirely on Marye’s Heights. On May 3, 1863, Union Gen. John Sedgwick seized the heights from Gen. Jubal Early. The pedimented roof was added during the repair of war damage. Brompton is now the official residence of the president of the University of Mary Washington.