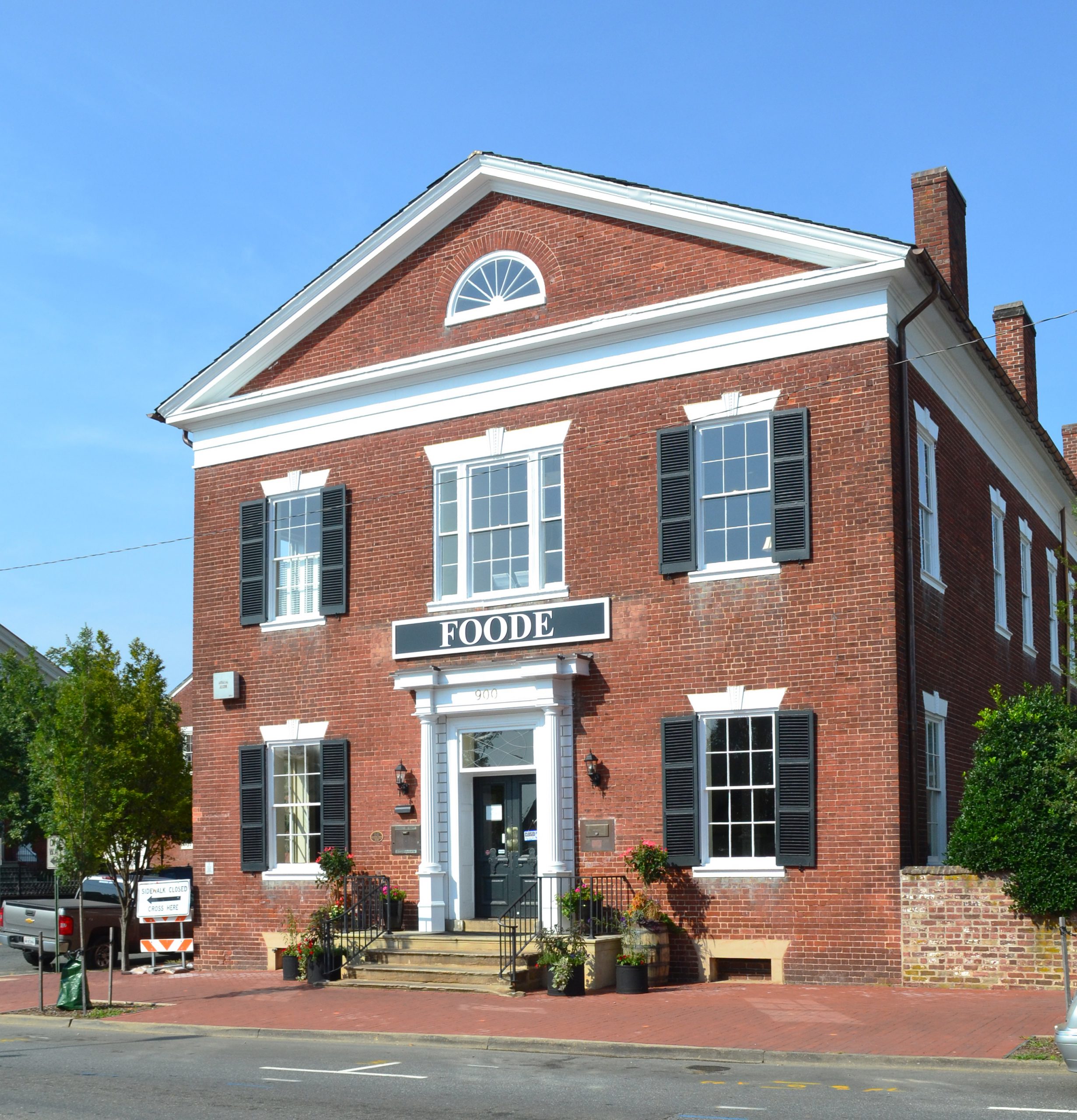 Erected in 1819-20 by Robert and George Ellis, as the Farmers Bank of Virginia, this Federal-style commercial building has served continuously as a bank except for intervals during the Civil War. The residential part, originally occupied by the bank’s cashier, was the boyhood home of the 19th-century naval captain William Lewis Herndon. During the Union occupation of Fredericksburg, the bank was used as headquarters by the Union command. President Lincoln addressed troops and citizens from its steps on April 22, 1862. The Farmers Bank failed at the end of the war, and the building became the home of the National Bank of Fredericksburg, chartered in 1865. The building, located in the Fredericksburg Historic District, is distinguished by its pedimented temple form and fine detailing, including stone lintels and keystones, Flemish-bond brickwork, and handsome entrance. Some early trim remains within.