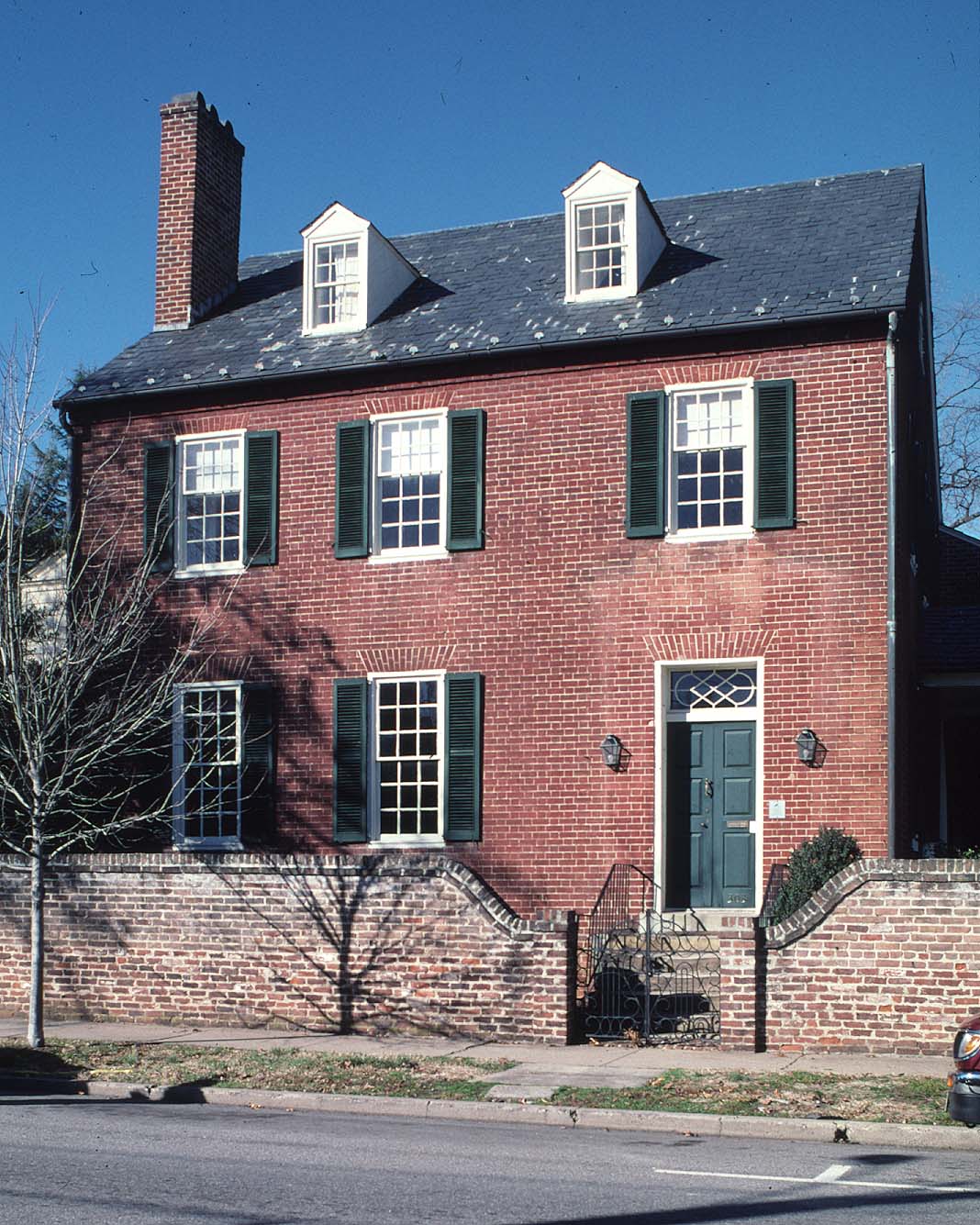 One of the Fredericksburg Historic District‘s most substantial and well-appointed Federal town houses, the Doggett House was built ca. 1817 for attorney Carter Littlepage Stevenson. Stevenson served for 35 years as Fredericksburg’s commonwealth’s attorney, was president of the Farmer’s Bank of Virginia, and a delegate to the General Assembly. Stevenson sold the house in 1827 to druggist John B. Hall, whose family remained here over 60 years. Dr. A. C. Doggett purchased the property in 1888. In addition to its fine interior, the house preserves its service appendages, including a kitchen/servants’ quarters outbuilding. Also on the property is a rare early-19th-century office building, a quaint structure with a brick-pier portico situated directly on the street corner. These structures offer a glimpse into the management of prosperous urban dwelling in the early 19th century.
[VLR Listed Only]