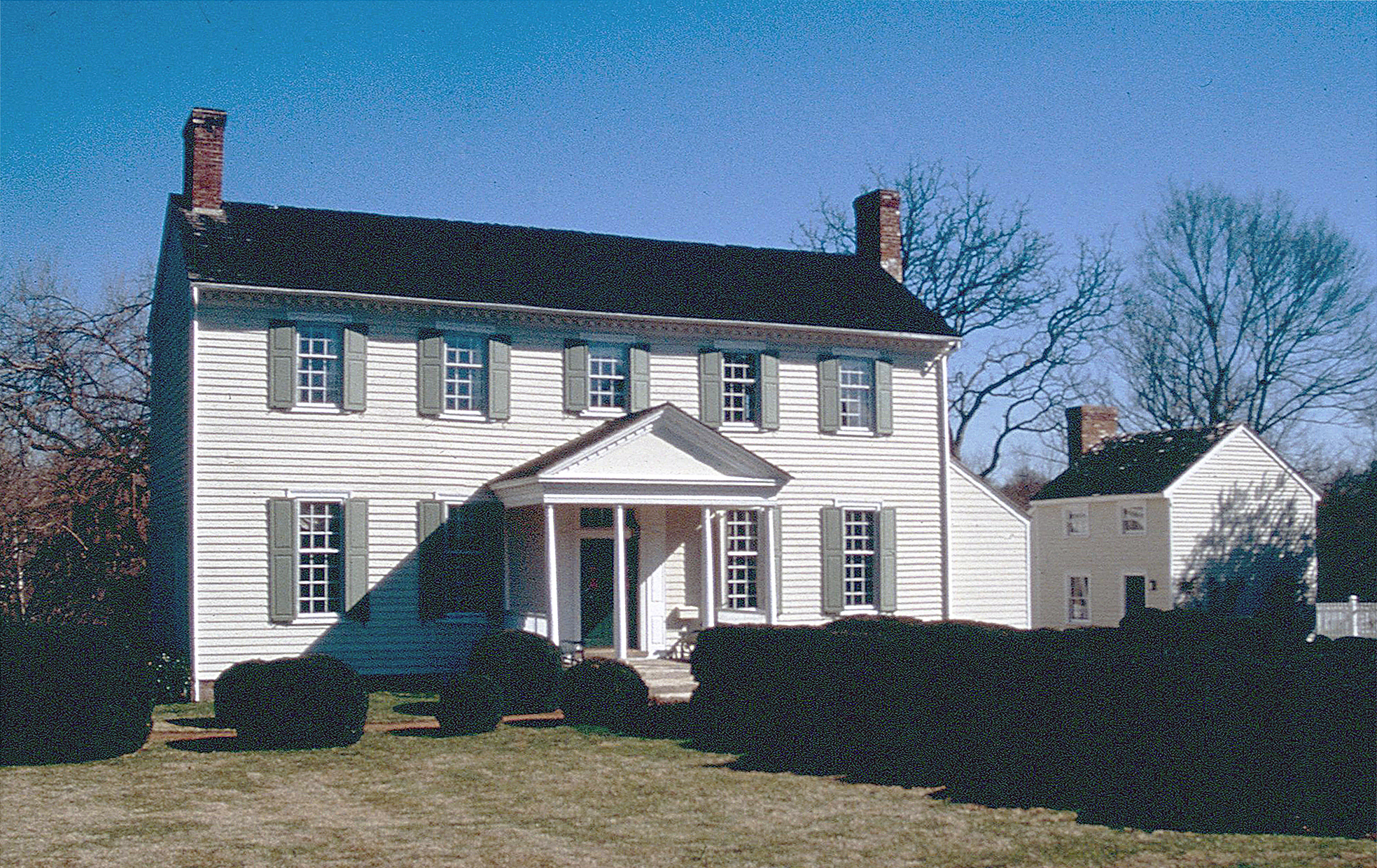 An elegant specimen of late Georgian architecture, highlighted by a finely detailed porch, the Sentry Box was built in 1786 for Gen. George Weedon, a distinguished Revolutionary War officer. During the Yorktown campaign Weedon and his Virginia troops held Lord Cornwallis in check at Gloucester Point. Later active in local government, Weedon served as mayor of Fredericksburg. Weedon named his home “The Sentry Box” out of nostalgia for his military career. He and his wife, a sister-in-law of Gen. Hugh Mercer, befriended Mercer’s family and invited them to live at the Sentry Box. They left the property to the Mercers, and Confederate general Hugh Weedon Mercer was born here. The grounds later were the site of considerable Civil War activity. Despite interior modifications, the original character of the house has been maintained. In the yard is an 18th-century icehouse.  The property is located in the Fredericksburg Historic District.