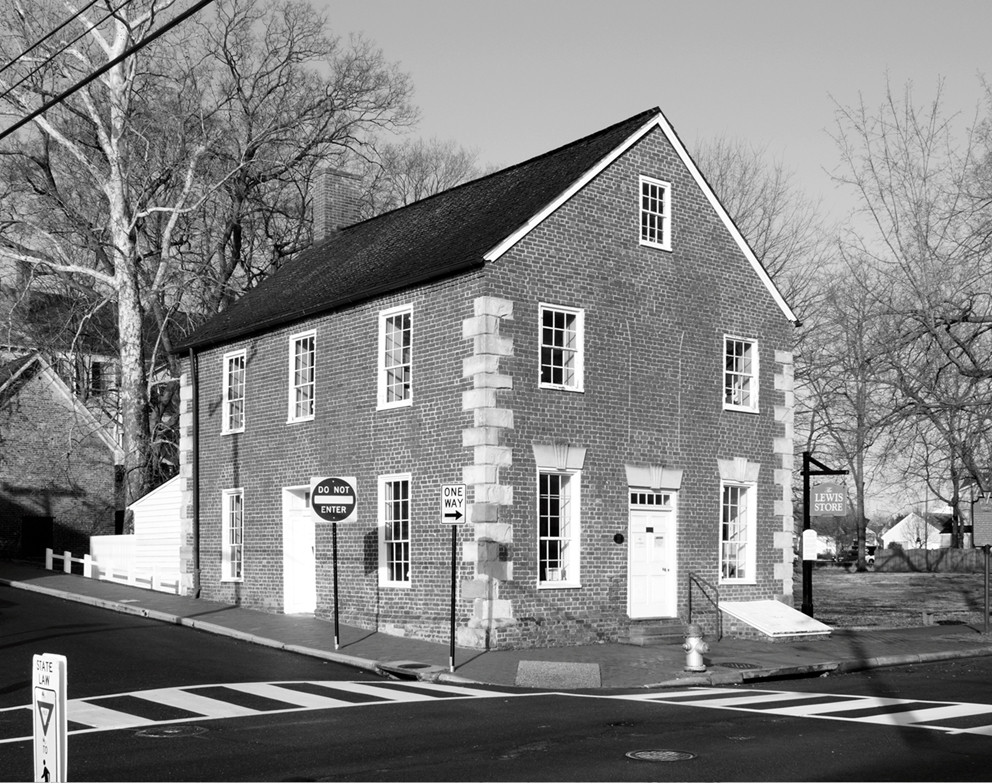 The Fielding Lewis Store in Fredericksburg is named after its original proprietor, whose second wife, Betty Washington, was sister of the future Revolutionary War hero and President. The Georgian-style brick building, with corners constructed of large sandstone blocks (called quoins), was purpose built in 1749 by prominent landowner and shipper John Lewis, the father of Fielding. The elder Lewis constructed the building during a period when consumer buying habits were changing as town shops began replacing the trade of goods conducted by traveling peddlers or at plantations. Retailing rum, wine, linen, buttons, gloves, sugar, coffee, stockings, glass tumblers, and other items, the Lewis store would have attracted middle-class customers seeking goods previously available mostly to wealthier people. In a 1754 letter, George Washington instructed his mother, who resided in Fredericksburg, to purchase hose, thread, and other items in “Mr. Lewis’ Store.” The building is among a very small group of Virginia stores built before 1750 and may be one of only three brick stores in Virginia dating from the period. In 1808 a second story was added to the building, and in 1823 it was converted to a residence, ending its life as a retail shop. Located in the Fredericksburg Historic District, the store building was carefully rehabilitated and preserved by the Historic Fredericksburg Foundation between 2000 and 2006, saving it from further disintegration and possible collapse. The foundation has since donated a preservation easement on the building to the Virginia Department of Historic Resources (DHR).