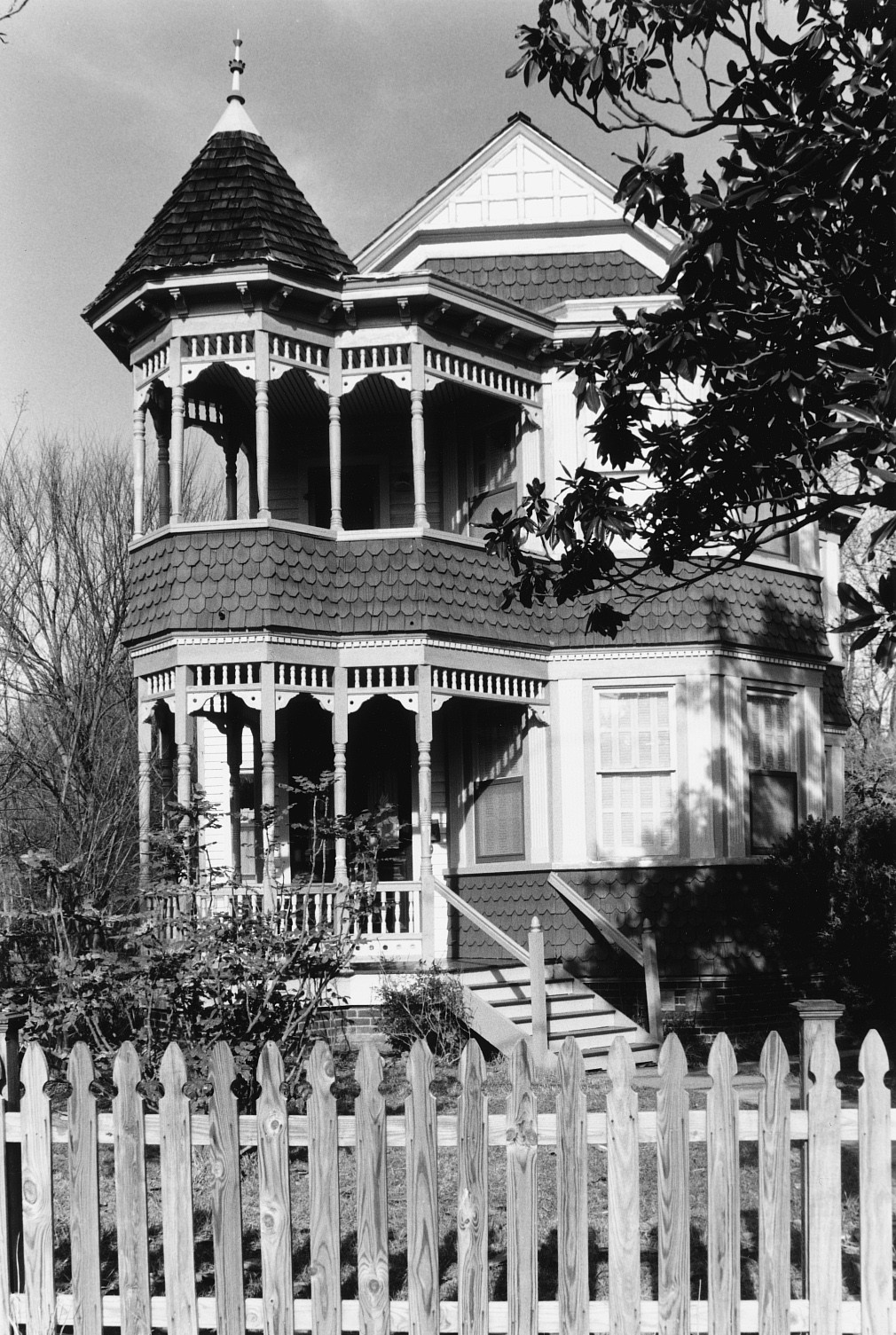 The stylish late Victorian house built in 1897 for William H. Trusty (1862-1902) stands as a reminder of the new sense of political, social, and economic freedom enjoyed by Virginia blacks in the decades following emancipation. Born of freed parents in 1862 in Prince George County, Trusty rose from humble origins to become a successful businessman and city leader. In 1901 he was elected to the city council of the newly formed town of Phoebus, thus becoming one of the first African Americans to be so elected in a Virginia municipality. Trusty’s home, set off by its fancy porches and projections, was built by P.A. Fuller of Fuller and Morgan, and was the most expensive house in the neighborhood. Through the efforts of Hampton preservationist Mrs. Sandidge (“Sis”) Evans, the house was rescued from the threat of urban renewal in 1976 and restored for residential use.