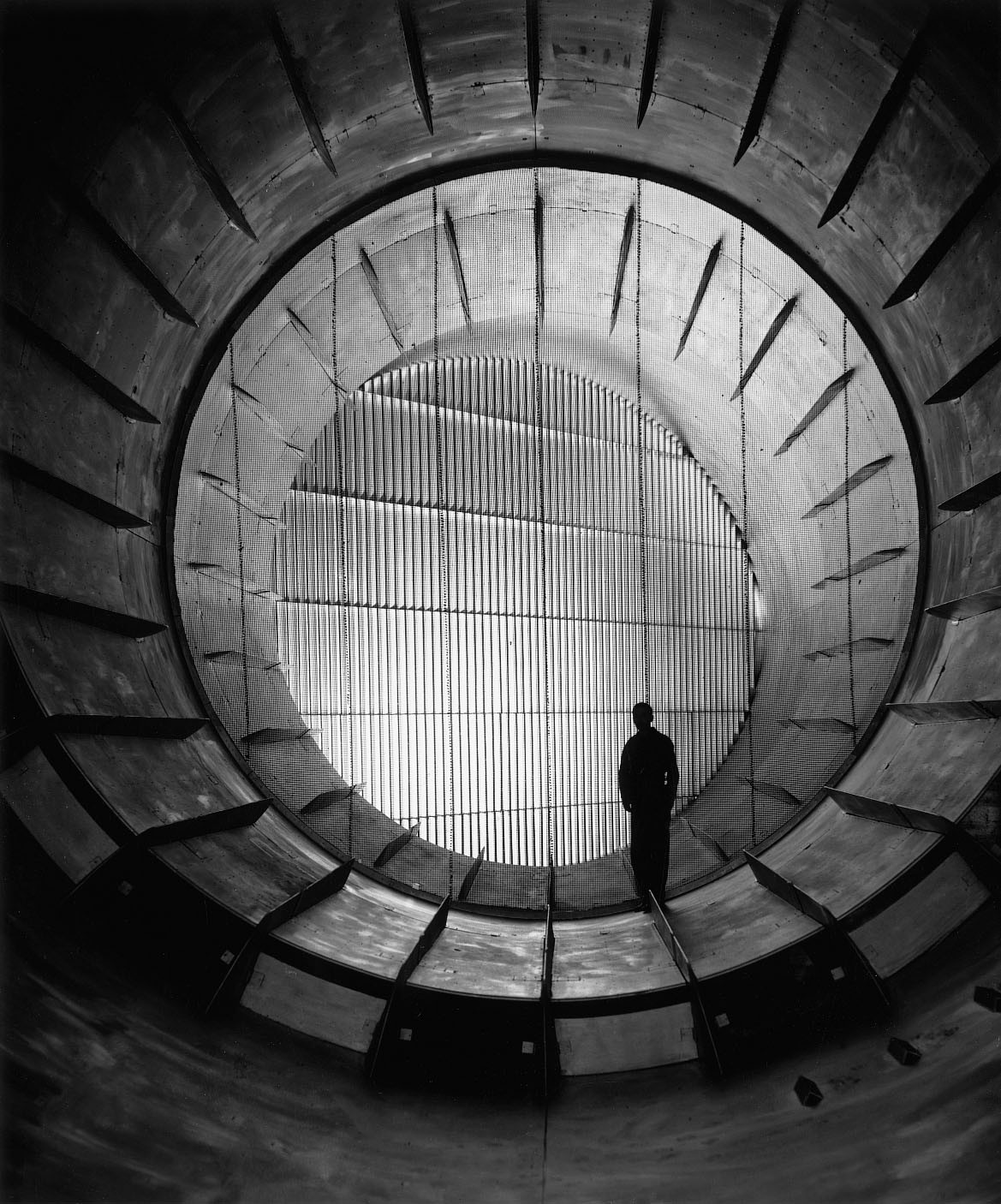 Using concrete, the material of choice for projects funded by the Public Works Administration, the National Advisory Committee for Aeronautics completed this pioneering 8-foot high-speed tunnel in 1936. The most vibration-free wind tunnel yet experienced, it became the premier facility for testing high-speed, high-performance aircraft. Here the 16,000-horsepower electric motor/fan produced an airstream flowing at nearly the speed of sound (Mach 0.9). It was the first high-speed tunnel capable of testing large models and actual airplane sections. America’s high-performance aircraft of World War II were perfected here, and critical research also led to the development of supersonic aircraft. In 1950, the slotted-throat test section was installed enabling the initial tests which led to Richard Whitcomb’s discovery of the transonic arc rule. By the mid-1990s, the facility had been rendered obsolete. The office portion of the structure was remodeled and leased to the Langley Air Force Base in the early 2000s, while the tunnel circuit remained abandoned. In 2011, the tunnel circuit was demolished. The National Historic Landmark designation was removed in 2014 and the office portion was transferred to the Air Force in April of 2016.