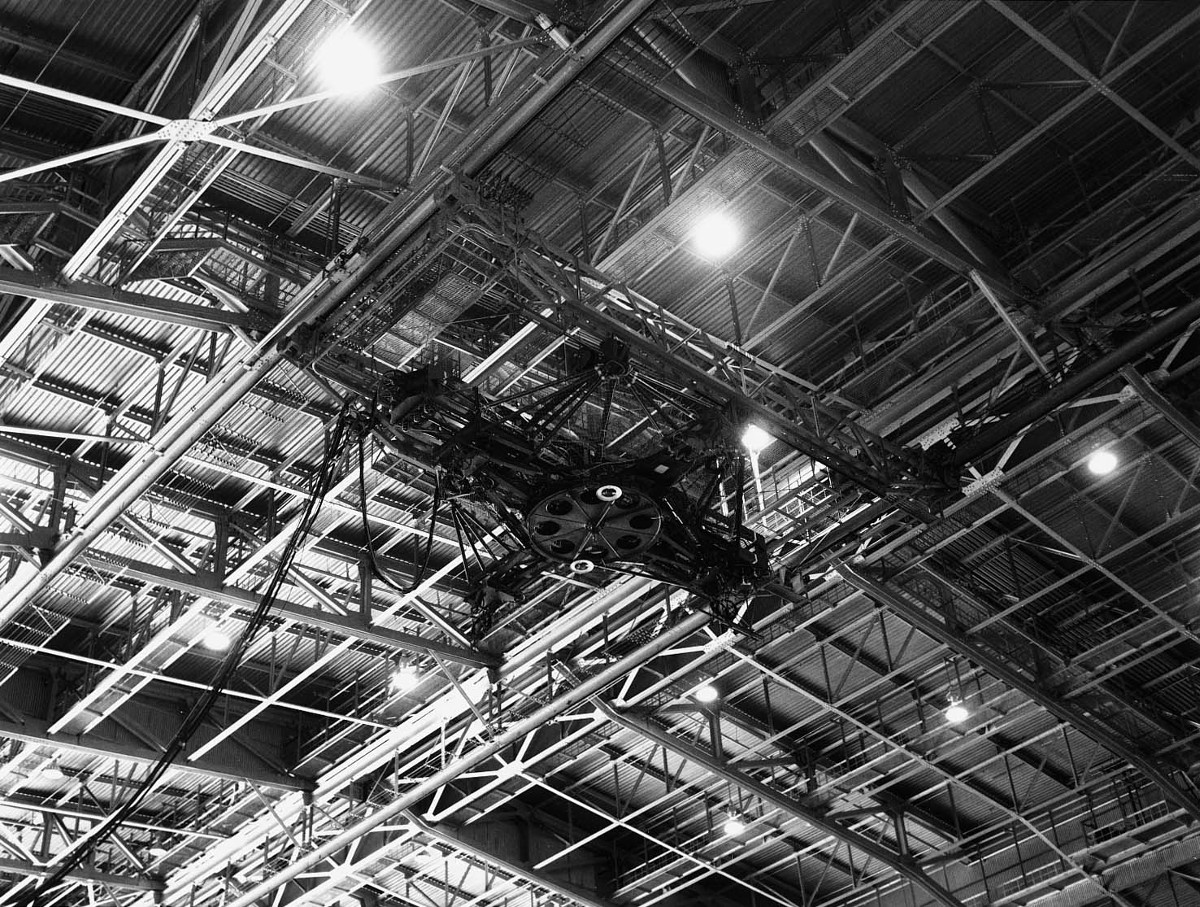 One of the most significant ground-based artifacts in space exploration history, this facility enabled NASA’s Gemini and Apollo astronauts to practice space rendezvous procedures that they had to master before journeying to the moon. Built in 1963 on the campus of the NASA Langley Research Center in Hampton, the Rendezvous Docking Simulator consists of a full-scale mock spacecraft suspended by a highly maneuverable cable and gimbal system attached to an overhead carriage. By docking with a target, astronauts gained realistic training that closely approximated space operations. In 1969, when the actual lunar module lifted from the surface of the moon and caught up to the waiting Apollo Command Module in lunar orbit, docking was absolutely crucial for the return to earth. This simulator therefore was vital in making the round trip to the moon possible. With some adaptive reuse of components, most of the facility is preserved in place at the NASA hangar in Hampton.